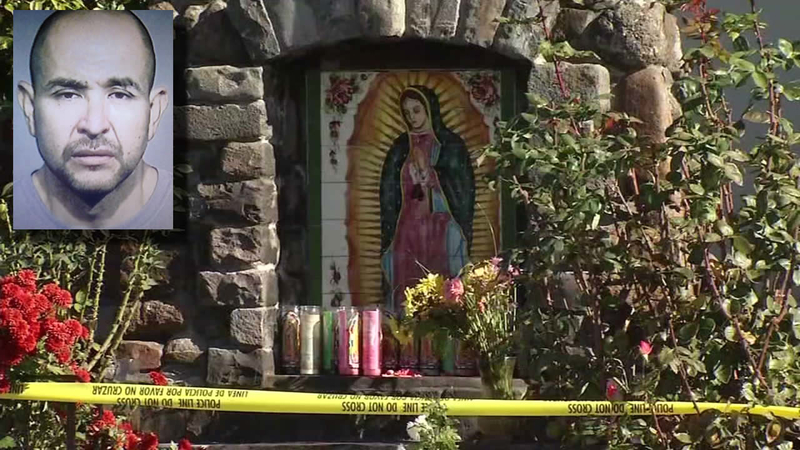 The young girl was brought to the Healdsburg Police Department that night and was unresponsive, according to police.

Healdsburg police are investigating to figure out how and why this tragedy occurred.

There was no mass on Monday while officials investigate the crime scene. "We do believe she was drowned and that it was intentional," Healdsburg Police Department Chief Kevin Burke said.

Burke explained why detectives arrested 42-year-old Gerardo Mendoza Ordaz and charged him with the death of his daughter. Police say Ordaz showed up behind the police station Sunday night, naked, and crying for help as he held his unconscious daughter with his son by their side. "We are relying on testimony of the older son and the statement of the suspect," Burke said.

It is Healdsburg's first murder since 2008.

Family and friends were surprised and sad when they learned the news.

The young girl remains unidentified at this time.

Neighbors say she was a sweet little girl.

As to how this could happen in a church? "They were the only people inside the church at the time. There were no other parties present. As I understand it our local Catholic church, leaves the doors to the premises unlocked late on Sundays. And so they were in there alone at the time through an unlocked door," Burke said.

The Santa Rosa archdiocese and St. Johns Catholic Church did not release a comment on Monday.

#healdsburg Pd reports an arrest of a father in connection with death of 4 year old daughter. Pd believes she drowned.#abc7now

Hoping to learn from church what role it played in possible murder of 4 yr old #Healdsburg girl. #abc7now pic.twitter.com/ITidfmtaae

No response at the rectory office. They opened the door for two seconds and said nothing. #healdsburg #abc7now pic.twitter.com/uHXcLLHc15