WLS
By Chuck Goudie and Barb Markoff, Christine Tressel and Ross Weidner
CHICAGO (WLS) -- Rahm Emanuel has been collecting cash as if he was running for re-election and now the mayor's millions fill a campaign treasure chest that is his to use as he sees fit. He can't use it on vacations, fancy cars or fine jewelry but there are no rules or regulations about what he can do with the money in the political world or doled out to charity.

On Wednesday, Emanuel said he plans to return the money in his war chest to donors.

"Look, I'm going to give it back," Emanuel said during a sit-down interview with ABC7 on Wednesday. "It's not my money. ... The people that contributed from organized labor to business community to entrepreneurs, it's their resources and I'll send it right back to them."

RELATED: In a sit-down interview, Mayor Emanuel reflects on his big decision, his successor and what's next

According to state election records, his campaign committee has more than $8 million.

"I can't recall a time or a specific candidate that had this much in the campaign fund when they decide not to run for office" said Matt Dietrich, spokesperson for the Illinois State Board of Elections.

The I-Team on Tuesday found that Emanuel's campaign committee fund had $8.17 million as of June-cash on hand. According to state officials, he can just sit on it.

"If he decides to deactivate his committee he has the option of either giving the proceeds to charity, returning the donations to donors, or he could give it to other committees" said Dietrich.

In Rahm Emanuel's case- and other elected officials who leave office- there is no money-back guarantee for donors. Even if Mayor Emanuel's contributors asked for refunds there is no state law or election code requiring that their donations be returned. He could instruct his committee to send back contributions- although that isn't usually done.

Since his first election in 2011, three struggles and challenges have defined the Emanuel Era: schools, violence and police. 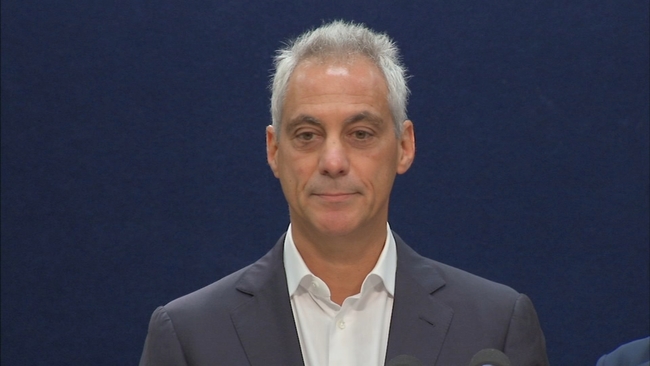