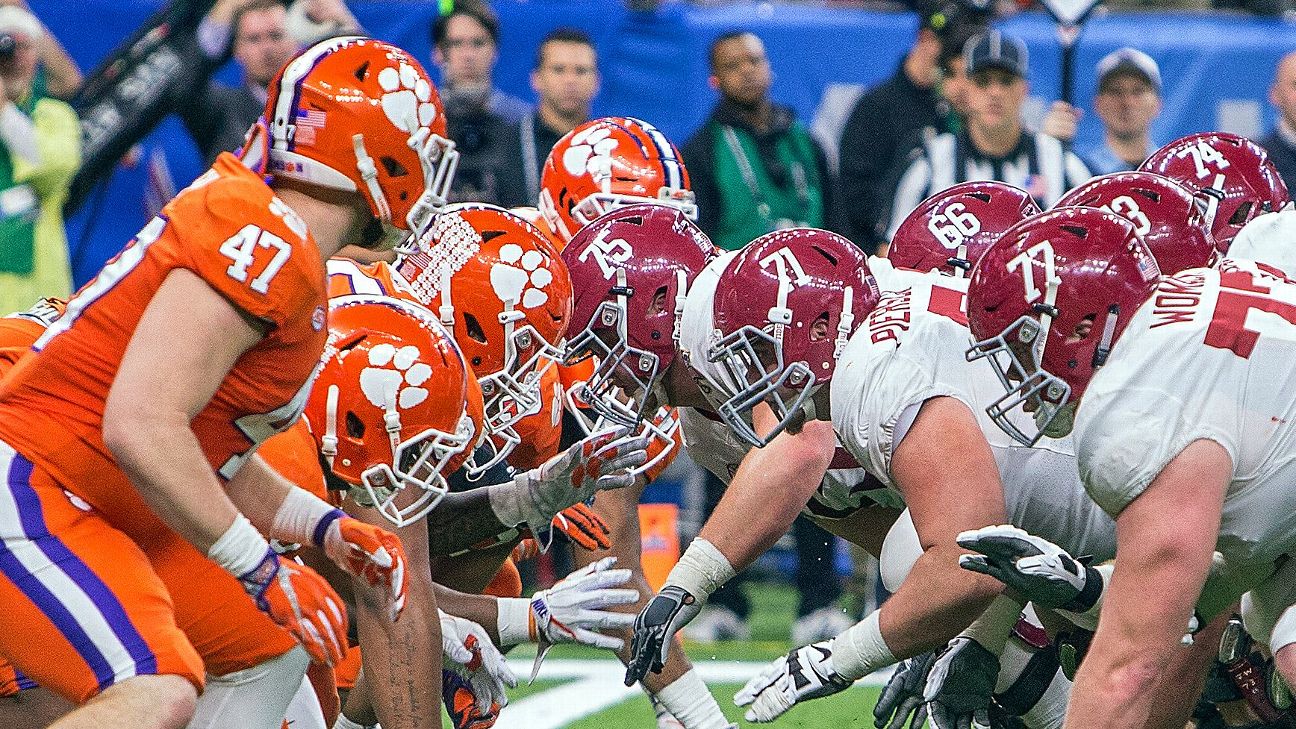 Oddsmakers believe this is the most lopsided College Football Playoff yet.

Alabama and Clemson opened as double-digit favorites in their respective semifinal games against Oklahoma and Notre Dame.

According to ESPN Stats & Information, teams favored by 10 or more points have won 88.2 percent of those games over the past three seasons.

Ed Salmons, vice president of risk at the SuperBook at Westgate in Las Vegas, said Tagovailoa's injury had no impact on the 14-point spread, reasoning that either the Crimson Tide star would play or backup Jalen Hurts would receive enough reps leading up to the game to be prepared against Oklahoma's 111th-ranked defense.

The Sooners beat out Georgia for the fourth and final playoff berth. Salmons, a veteran oddsmaker who oversees the SuperBook's college football odds, said he would have the Bulldogs favored by 3.5 points over Oklahoma on a neutral field. The playoff committee, however, gave the nod to the Sooners, setting up a rematch of the 2014 Sugar Bowl, when Oklahoma upset Alabama 45-31 as 17-point underdogs.

Alabama has kicked off as the favorite in 52 consecutive games and 125 of its past 126. The last time the Crimson Tide were consensus underdogs was in 2015 against Georgia, which was favored by 1.

In the Notre Dame-Clemson game, the SuperBook quickly took a $2,000 limit bet on each team after opening the Tigers as 11.5-point favorites. The line had ticked down to Clemson -11 at several books as of Sunday afternoon.

The SuperBook has been taking bets on a potential national championship game matchup between Alabama and Clemson for more than a month. The book opened the Crimson Tide as an 8.5-point favorite over the Tigers in a potential title-game meeting. The line dropped down to Alabama -6 over Clemson on Saturday at the SuperBook.

"Alabama has been so dominant on the field that we were just looking for someone to stand up to them and show that these guys are beatable," Salmons said of the line movement toward Clemson on Sunday. "And we saw that yesterday."

The over/under on Alabama-Oklahoma semifinal opened at 79.5, and 55.5 on the Clemson-Notre Dame matchup. 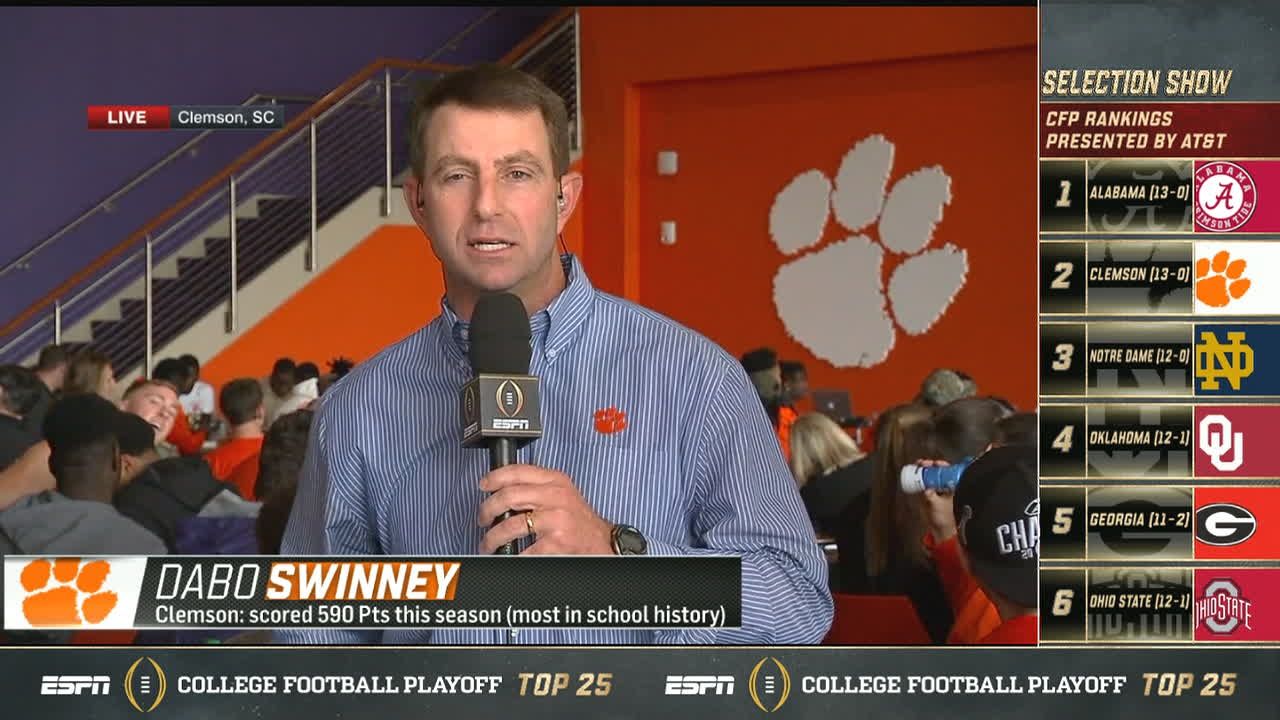