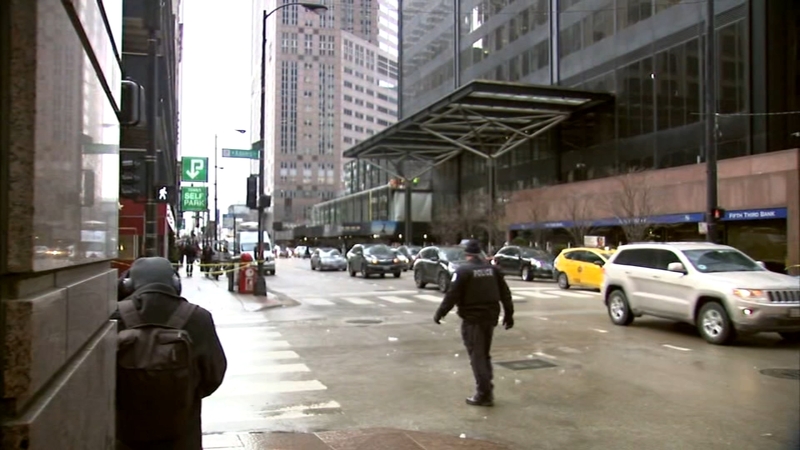 Police had to shut down streets around Willis Tower as well as near the former John Hancock Center. A large chunk of ice fell off and shattered a window on a building across from the Willis Tower, causing glass to hit the sidewalk.

George Shinn got hit by a piece of ice. He said he never saw it coming.

"It didn't hurt me, but it definitely shocked me because, I mean, you can see over there like those are solid," he said.

Parts of Adams Street near Franklin remain shut down as commuters carefully looked up..

"I do watch," said Jody Sears. "It's a hazard I think about every year so I do watch especially when it's thawing you have to be aware but you still have to go to work."

A car near the former Hancock Center had its rear window smashed. Paul Froin said he wasn't inside.

"I was parked in front of the Hancock visiting somebody and next thing i know is they're calling me my back windshield was obliterated," Froin said. "If it had been a human it would have killed 'em. Look at the back window you see what happened."

With the warmer temperatures ice is coming down all over the downtown area, some windows have even been hit seeing glass into the street. One commuter said he was almost hit by ice.

"This is nuts," said Shaz Mian. "We were just walking by and me and a construction worker just heard a huge bang and we looked back and it just missed us by just a little bit just a centimeter. It was that close."

Since Tuesday, pedestrians have been running for cover downtown and in the Loop as this ice keeps coming down sometimes in sheets.