While he did call for strong background checks in a tweet, Trump made no mention of gun reform legislation in his Monday morning White House speech. As he blamed video games, social media and mental illness, Lightfoot blasted the president for not setting a better moral tone.

Lightfoot was one of many calling on national politicians to do something other than offering their thoughts and prayers.

"For me it starts with common sense gun control," she said. "Universal background checks should be non-controversial."

Trump's prepared speech said nothing about gun control, even as he proposed the death penalty for anyone who commits hate crimes and mass murders.

"Our nation must condemn racism, bigotry and white supremacy," he said.

Those are Trump's strongest words yet on the subject, but Mayor Lightfoot did not take them as sincere. She blamed Trump for setting the tone with his hateful rhetoric.

"What he has been doing is blowing every racist, xenophobic dog whistle, when you blow that kind of whistle the animals come out," Lightfoot said.

The mayor also said it's time for Trump and some Republicans to stop trivializing mental health concerns as an excuse for mass shootings. Trump said Monday mental illness and hate pull the trigger, not the gun, but some health experts said most mass shooters are not by definition mentally ill.

Lori Post at Northwestern University's Feinberg School of Medicine has been studying every mass shooting since 1982.

"The majority of those people absolutely know what they are doing, they know if they pull the trigger people will die," she said. "That is their objective, to kill as many people as possible."

Post said people who meet the medical and legal definition of mental illness are usually not capable of planning and committing mass shootings.

In response to these shootings and others, Father Michael Pfleger and Congresswoman Robin Kelly are planning what they hope to be a massive rally in Washington, D.C., on September 25 to push for gun reform legislation.

In the wake of two mass shootings in El Paso, Texas and Dayton, Ohio, that have left more than 30 people dead, Congresswoman Jan Schakowsky is calling for stronger gun control legislation.

Schakowsky said Monday that there needs to be more gun control legislation.

"There's open carry in Texas. You can walk into a Walmart with a gun on your shoulder and we have to get rid of these weapons of mass destruction," Schakowsky.
The NRA released a statement on Twitter expressing sympathies for the families of the victims and also said they would, "not participate in the politicizing of these tragedies, but, as always, we will work in good faith to pursue real solutions that protect us all from people who commit these horrific acts."

Some Republicans are joining the call for tougher gun measures, including Adam Kinzinger from Illinois.

"I don't know if this is a good political move for me or not, I don't really care, but I'm as burdened as everybody else at what's going on and I am looking at this fight and saying both sides, every time there is something like this, entrench into their corners and we don't find solutions that I think are agreeable and can actually mitigate the problem," he said.
Report a correction or typo
Related topics:
politicschicagoevanstonrogers parkohiotexasel paso shootingmass shootingshootingu.s. & worldcongress
Copyright © 2020 WLS-TV. All Rights Reserved.
More Videos
From CNN Newsource affiliates
TOP STORIES 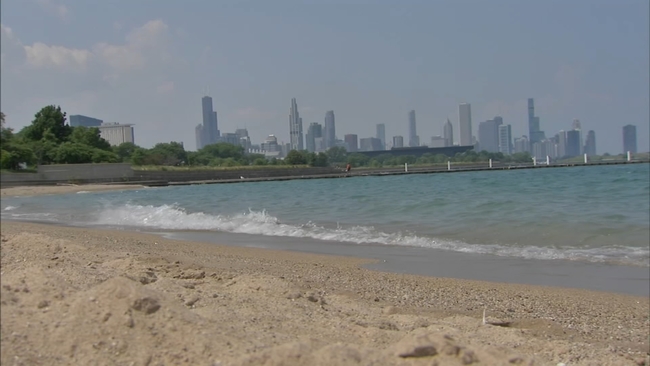