Accused killer of Chicago police Cmdr. Paul Bauer claims case against him is 'fabricated story' in letter to I-Team 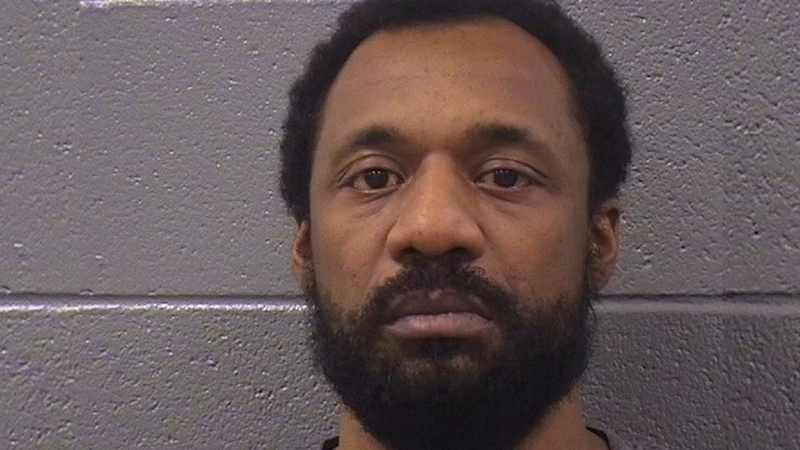 CHICAGO (WLS) -- In a letter to ABC7's I-Team, the accused killer of Chicago police Cmdr. Paul Bauer says that the case against him is a "fabricated story" and that he "committed no crime" on Feb. 13, 2018 when he shot and killed Bauer in a downtown stairwell.

Shomari Legghette's trial on first-degree murder charges begins Tuesday in Cook County court with an opening statement that is expected to fashion a claim of self-defense. Legghette, 46, a four-time felon, will likely take the witness stand during trial to testify on his own behalf. Such a move is unusual in a murder trial because the defendant is then open to cross-examination by prosecutors.

His letter to the I-Team provides insight as to what the accused cop-killer will say while under oath.

The letter was written in a jail cell at the Kankakee County detention center where Legghette has been locked up since shortly after his arrest. It was received at our ABC office in September of 2018, but is being disclosed now for the first time on the eve of Legghette's trial. In the letter he claims that Bauer was killed by friendly fire from police.

"It was their bullets that mortally wounded Mr. Paul Bauer" he wrote, and that a police "code of silence" has resulted in his being labeled and charged as the shooter.

Bauer, a 31-year CPD veteran, was killed during a chance-foot chase of Legghette near the State of Illinois Thompson Center. After a meeting in the Loop, Bauer, 53, heard a radio call for a fleeing suspect and seconds later spotted Legghette, who appeared to be the suspect.

Bauer's pursuit, and his life, ended at the bottom of a stairwell outside the Thompson Center. Legghette, wearing body armor that day, is the only live witness to the stairway struggle with Bauer and the final, fatal moments. Authorities say Legghette's 9mm Glock was used to kill Bauer.

The career criminal is facing 56 criminal counts and life in prison if convicted in the case.

"The system wants to silence me" Legghette wrote in the letter to the I-Team-claiming that authorities are more interested in protecting what he called "corrupt officers" than giving him a fair trial.

"Injustice was motivated by racial profiling, misconduct, and failure to follow the national standard of procedures by law enforcement" he wrote, setting up a defense that may attack the victim-police commander Bauer.

Legghette said he wanted to make sure "the public has a right to know all the particulars in this case," which he would detail from the witness stand.

The letter that lays out his expected defense strategy was one of two that he wrote in jail and sent to us. The first, received at ABC7 just a few months after the Bauer incident, was reported on. In that letter Legghette had complained that he was presumed guilty by police and then-Chicago Mayor Rahm Emanuel.

Mayor Emanuel referred to Legghette as "a thug with a record that is longer than War and Peace."

Legghette's attorney Scott Kamin told the I-Team at the time that he was "perturbed" by the mayor's comments. Kamin, a veteran civil rights attorney in Chicago, said he could understand the mayor's sharp comments in the immediate wake of Bauer's death.

"Right afterwards I could see saying anything, but right now he's had time to reflect on it," said Kamin, who is representing the accused shooter pro bono.