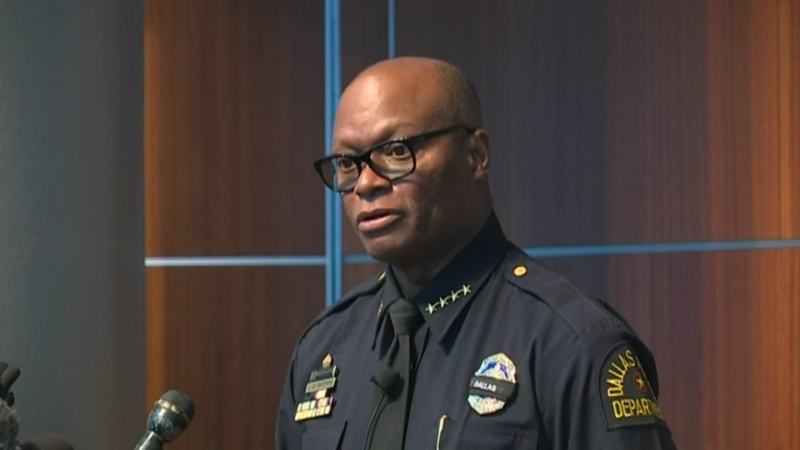 Lightfoot announced her pick at a press conference Thursday afternoon, a day after the Chicago Police Board announced its three finalists for CPD's top role.

The City Council will now need to approve Lightfoot's appointment.

The nation came to know Brown after his heroic actions during a shooting rampage in downtown Dallas. Now he said he's ready to lead Chicago.

In 2016, Brown made a swift decision after his Dallas SWAT members cornered the man who murdered five officers. Brown sent in a robot armed with explosives and blew it up, taking the suspect down.

Mayor Lightfoot has touted his 40 years of law enforcement experience as one of the many reasons Brown was her top choice.

"We are Chicago, and we deserve the best. And in this time, for this moment, David Brown is the absolute best," she said.

A lifelong Texan, David Brown joined the Dallas Police Department in 1983. He was appointed chief in 2010.

The mayor discussed Brown's experience with tragedy and triumph.

His brother was murdered by drug dealers, his son was killed in a police shootout, and he lost a partner in the line of duty.

"And I'm truly honored and humbled for this opportunity to serve with no expectation of anything in return but for the joy of seeing one unsafe neighborhood now come alive and thriving," Brown said Thursday.

The Chicago Police Board has chosen two outsiders and an insider for its top three finalists for Chicago's next police superintendent.

Ernest Cato was known for rising through the ranks of the Chicago Police Department. Recently, the 54-year-old was promoted to CPD deputy chief, in charge of three West Side police districts.