Teen turns himself in, charged in fatal stabbing of 15-year-old boy in Glenview 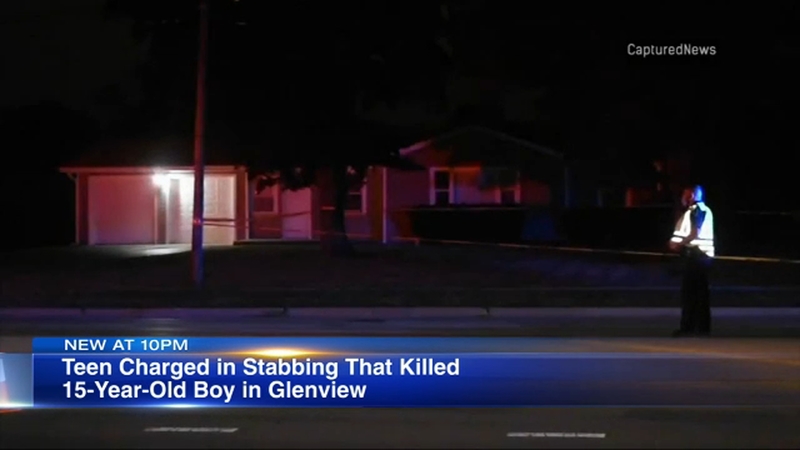 GLENVIEW, Ill. -- A 16-year-old boy was charged in the fatal stabbing of a 15-year-old earlier this month in north suburban Glenview.

The teen surrendered himself to investigators Monday morning, Glenview police said in a statement. He was charged with second-degree murder in the Aug. 5 death of Elias Valdez.

That day, officers responded about 7:10 p.m. to the 1200 block of Greenwood Road and found Valdez lying in a grassy area with a stab wound to the chest, police said.

An autopsy ruled his death a homicide, the Cook County medical examiner's office said. He lived in an unincorporated area near Glenview.

The 16-year-old charged in the stabbing was transported to the Cook County Juvenile Detention Center in Chicago to await a hearing, police said.

This is Glenview's first murder since 2004, according to police.