WLS
CHICAGO (WLS) -- At 103 floors up, The Ledge at the Skydeck of the Willis Tower is scary enough on its own for many people. Now imagine that glass box protruding from Chicago's tallest building cracks while tourists are taking photos.

"All we see is the glass shattering," Tony Saldana, of Crest Hill, said. "We're thinking the whole thing's coming down. We're thinking we're about to fall 103 stories."

Saldana and his cousins, who were in town from California, were sitting on the floor of The Ledge for a photo when it cracked beneath them on May 28, 2014.

"As soon as I put pressure on my palm to lift myself up, I just hear it, and I feel the glass just shatter," Alejandro Garibay said. "You hear a noise, kind of like stepping on ice."

"I completely freaked out. I hopped as far as I could. I ran to the other side of the building trying to get as far away as I could from it," Saldana said.

Garibay started snapping photos and recording video. A Willis Tower employee came over when she heard the breaking. 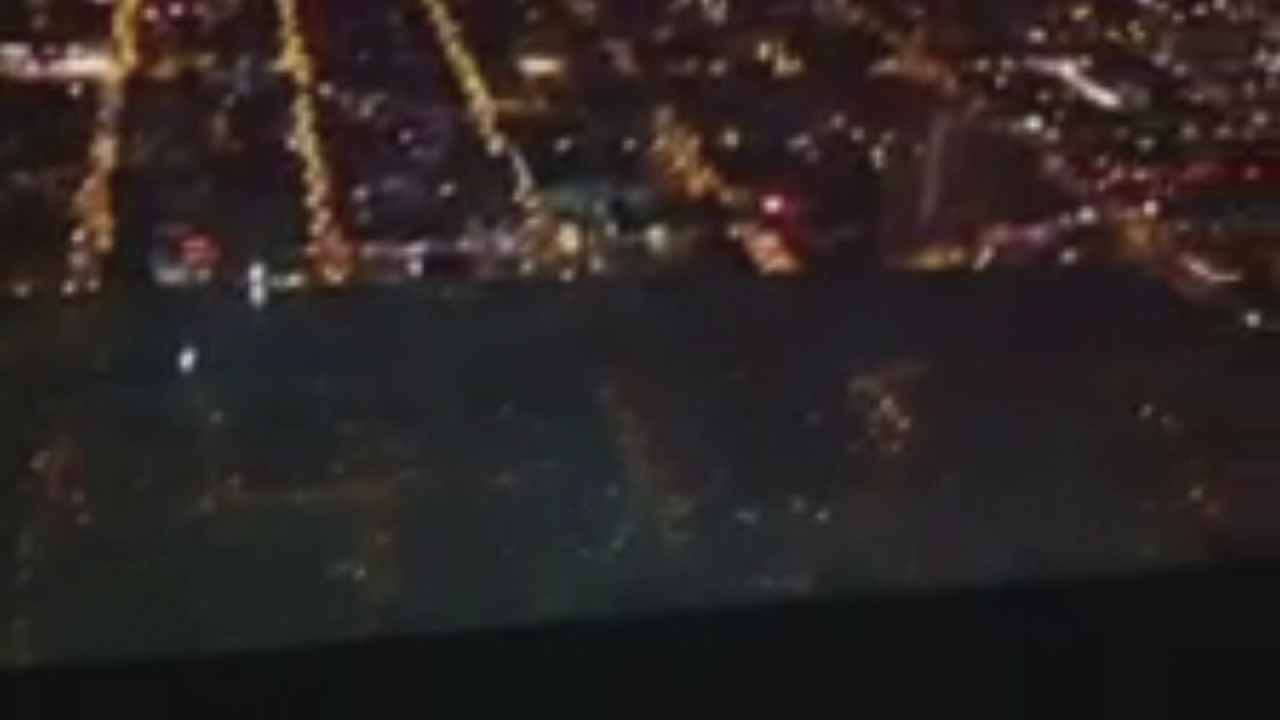 052814-wls-raw-garibay2-vid
A Willis Tower Skydeck employee asked tourists to back away from The Ledge after coating on one of the glass structures cracked in this video from Alejandro Garibay.
"She walked over, and she's like, 'Oh my God.' She had a broom or something in hand and let go of it. She was in shock," he said. On Garibay's video, a worker at Willis Tower is heard telling them to "step back from The Ledge, please. Step back."

The spider web of cracks is scary to look at under foot, but Willis Tower spokesperson Bill Utter said there's no reason to be alarmed. The glass structure is sound- and what cracked is the protective coating designed to keep The Ledge from getting scratched up.

"Occasionally this happens, but that's because we designed it this way," he said. "Whatever happened last night is a result of the protective coating doing what it's designed to."

"It did what it's supposed to do. It's designed to crack on those rare situations where there's some kind of impact to protect the structural piece below," Randy Stancik, Skydeck Chicago general manager, said. "Never at any time was anybody in any jeopardy here."

"It's highly reinforced. Very strong, as strong as the floor we are sitting on and probably even stronger," UIC structural engineer Farhad Ansari said.

While people could be seen on The Ledge Thursday morning, Willis Tower officials closed all four glass enclosures, which extend 4.3 feet beyond the building, while crews started repairs on the protective coating around 11:30 a.m.

"They offered to give us a refund for the tickets to go back here tomorrow, but I don't think we're going to do that. We're going to go to the Hancock building," Tatjana Thiele said.

However, there's no shortage of daredevils willing to go back out on the Ledge.

"We can't wait to check it out. Now it makes it even more exciting, so we're ready to get up there. If we need a parachute, we'll buy one on the way up," Justin Alford, Skydeck visitor, said.

"I believe I will. I'm going to give myself time, obviously. I'm still shaking if you can see," Saldana said.

Three of the glass enclosures have reopened as of Thursday afternoon. The damaged enclosure is expected to be repaired and open once again soon. 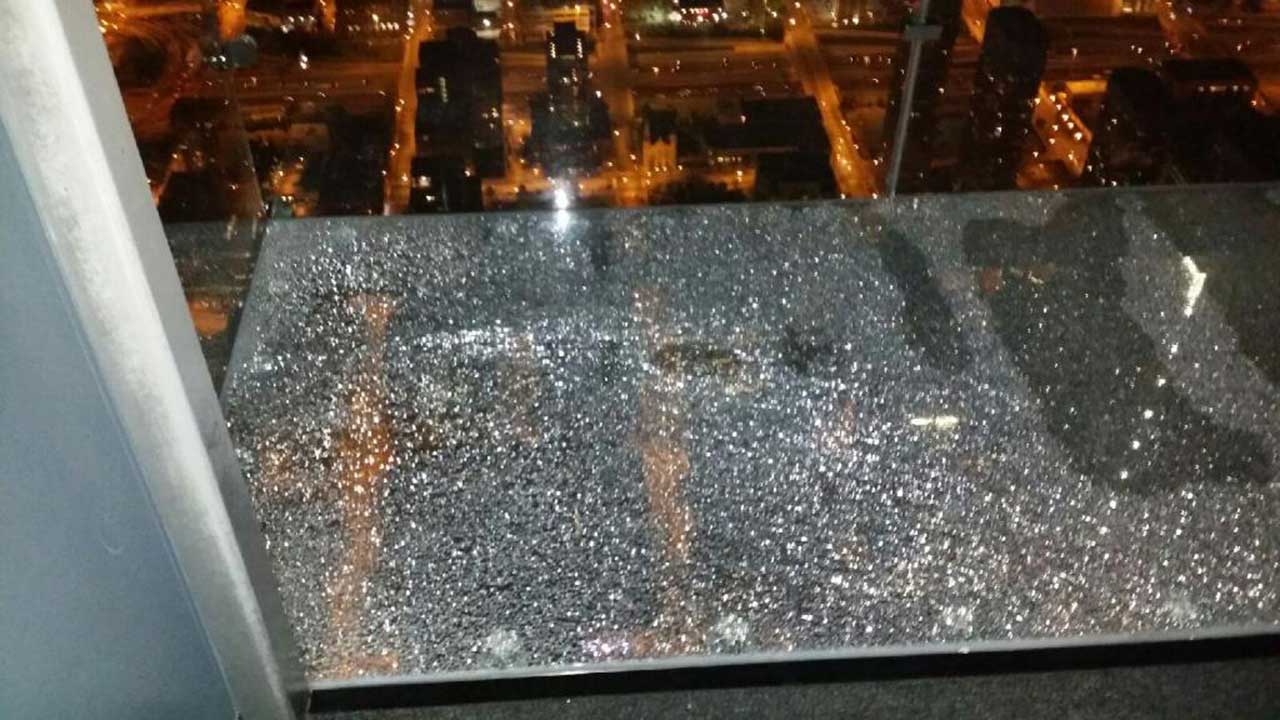 Willis Tower Ledge cracks under tourists
Four tourists were sitting on the floor of the Ledge for a photo when it cracked beneath them on May 28, 2014.
Related topics:
loop
Copyright © 2020 WLS-TV. All Rights Reserved.
RELATED 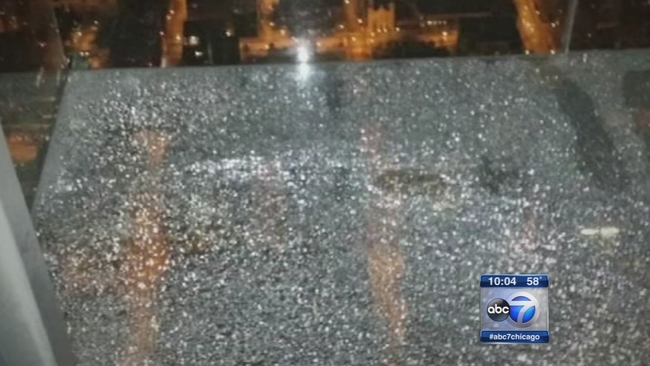 Skydeck Ledge scare has happened before 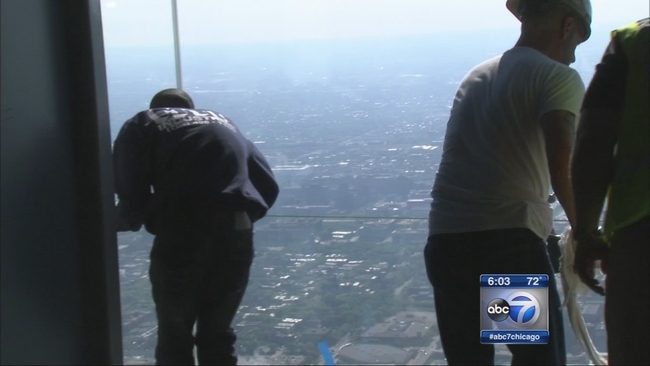 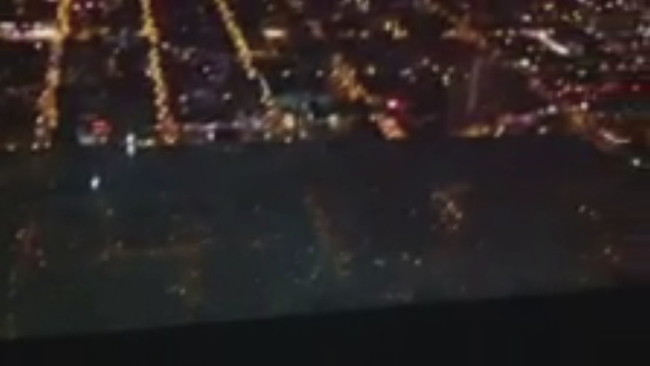