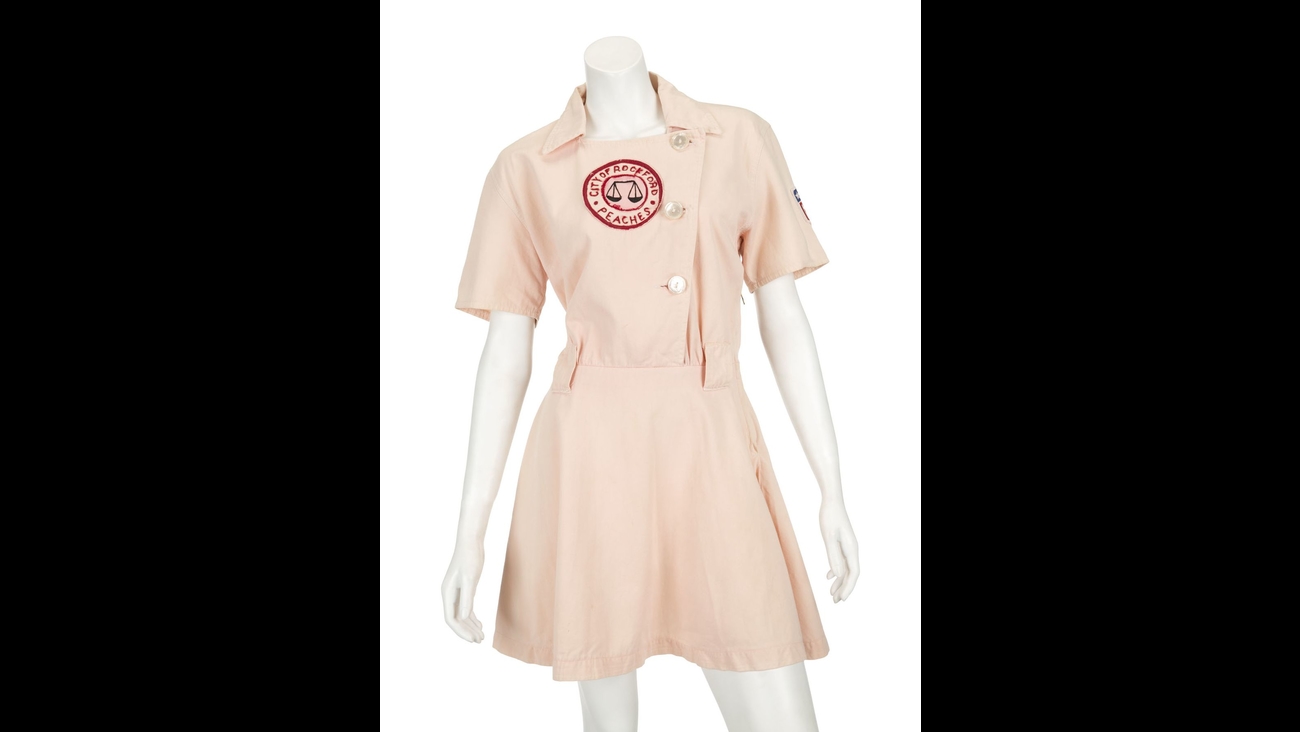 Rockford Peaches uniform worn by Madonna, in A League of Their Own (1992). A museum inspired by the movie will open in Rockford. (Julians Auctions/Bournemouth News/Shutterstock)

ROCKFORD, Ill. -- Officials in the Illinois city home to the women's baseball team that inspired the 1992 film "A League of Their Own" want to help fund a $7 million museum honoring the role of women in the sport's history.

The city of Rockford's planning committee agreed this week to provide $20,000 to help kick off construction of the International Women's Baseball Center. The City Council will likely vote on the plan next week, the Rockford Register Star reported.

The museum, hall of fame and training facility will be located near the stadium where the Rockford Peaches played in the 1940s and 1950s as part of the All-American Girls Professional Baseball League. The first phase of the project will build an outdoor pavilion with monuments that resemble baseball cards and honor women involved in the sport.

The first exhibit will be dedicated to Penny Marshall, who directed the film starring Tom Hanks and Geena Davis. It's expected to be unveiled in September.

The center will announce and unveil eight more exhibits.

"Here in Rockford, women who participated in all aspects of the sport will be honored, but perhaps more importantly their stories will be used to inspire current and future generations of girls," said Kat Williams, the center's president.

Williams said women should be recognized "as players, coaches, umpires, owners and groundskeepers."