ABC 7 Chicago presents: Do You Hear Me? A Discussion about Race 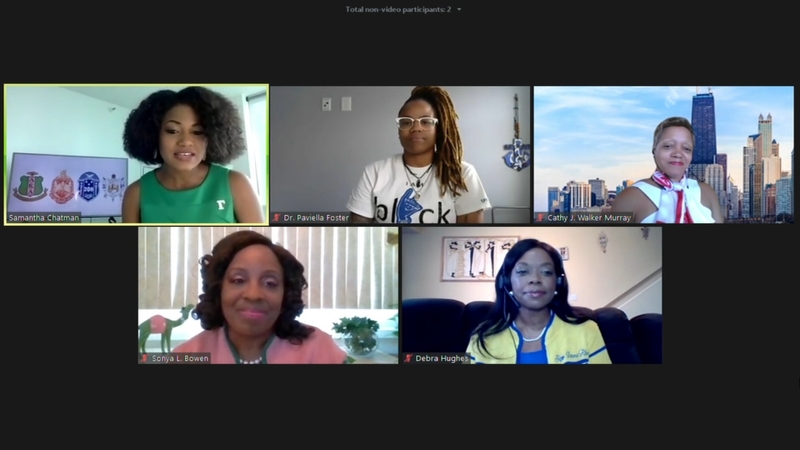 Samanthan Chatman hosts 'Do You Hear Me? A Discussion about Race'

CHICAGO (WLS) -- ABC 7 Chicago, Chicago's Number One station for news, presents the sixth installment in a series of virtual town halls, DO YOU HEAR ME? A DISCUSSION ABOUT RACE, Thursday, July 9 at 2 p.m. on abc7chicago.com. The hour-long town hall will be moderated by ABC 7's I-Team Consumer Investigative Reporter, Samantha Chatman.

From their inception, Black Greek letter organizations have played an important and supportive role in the Black community. Collectively referred to as "The Divine Nine," these Black sororities and fraternities are often at the forefront of activism and social justice efforts, and the Chicago chapters of these organizations are among the biggest and most active in the country.

During this week's town hall, Chatman will lead a discussion with members of these sororities to hear their perspectives on recent events - racial disparities revealed by the pandemic that have been long present in communities of color; issues of systemic racism; as well as the socioeconomic factors fueling poverty and resulting violence in many communities. Also what efforts they have been engaged in, or are planning, to address these issues.

Part 2 of our town hall discussion Do You Hear Me? A Discussion about Race' hosted by Samantha Chatman and featuring panelists from Black Greek letter organizations.

Part 4 of 'Do You Hear Me? A Discussion about Race" hosted by Samantha Chatman, featuring a panel from Black Greek letter organizations.

Part 5 of our Black Greek letter organization panel town hall "Do You Hear Me? A Discussion About Race" hosted by Samantha Chatman.

Part 6 of our town hall hosted by Samantha. PLEASE NOTE: We had some brief, minor technical difficulties during a valuable conversation. We apologize for the inconvenience.