ABC7 partners with WCIU-TV for Chicago's only 7pm newscast 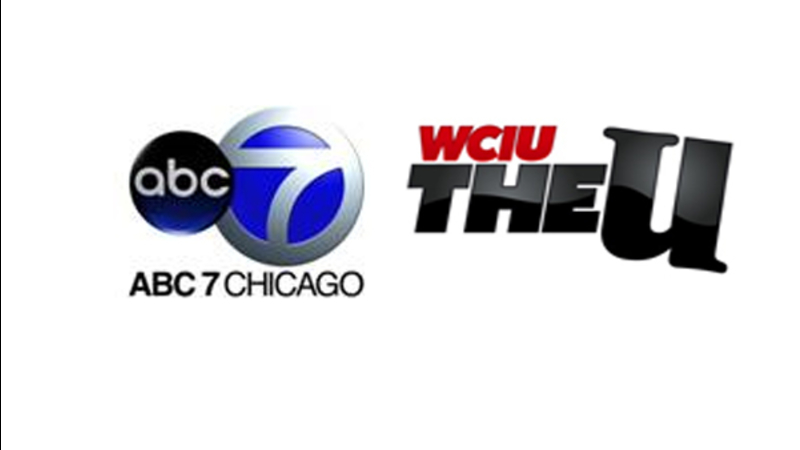 ABC7 Eyewitness News on WCIU, The U

ABC 7 Eyewitness News on WCIU, The U, will be anchored by veteran ABC 7 News anchors Hosea Sanders and Linda Yu; Sports Anchor, Jim Rose and Meteorologist, Cheryl Scott. It will air LIVE, Monday through Friday. The weeknight newscasts, will be produced by ABC 7 Chicago Eyewitness News, and will expand ABC 7's local news coverage by an additional five hours per week.

According to John Idler, President and General Manager, ABC 7 Chicago, "We are very excited about our partnership with WCIU, The U. It gives viewers a chance to watch Chicago's #1 news at a new time and is a convenient option for those who want live, local news earlier in the evening."

"Adding local news to the schedule was a goal of ours," said Bob Ramsey, Executive Vice President, Weigel Local Media. "We are thrilled to partner with ABC 7 Eyewitness News, the market's news leader, to provide this service to WCIU, The U's viewers."

According to Linda Yu, "During my career, I've reported the news to viewers in the morning, mid-day, afternoon and late night. It's a marvelous opportunity to now join with Hosea, Jim and Cheryl to report the news at a brand new time, at 7 pm on The U ... and I'll still be on ABC 7 at 4 PM."

Sanders said, "I will truly miss my morning co-anchors; they'll always be like family to me. But, after 20 years of waking up at 2:30 in the morning, the chance to anchor a primetime newscast on WCIU is a wonderful reward for my hard work. Linda Yu and Jim Rose have been great colleagues and friends of mine since I started at the station, so launching this newscast with them, along with our new meteorologist Cheryl Scott, will be very gratifying. "

Weigel Broadcasting Co. and affiliate companies own and operate 27 streams of local digital programming in three Midwest markets: nine streams in Chicago, including flagship station WCIU, The U, as well as The U Too, MeTV Chicago, MeToo and Bounce; ten streams in Milwaukee, including CBS affiliate WDJT, MeTV Milwaukee, WMLW, The M, Bounce, Movies! and Telemundo; and eight streams in South Bend, including ABC 57, Movies! The CW 25 and My Michiana. In addition, Weigel is the leader in the digital television network space with "MeTV," Memorable Entertainment Television being the number one rated and distributed network in the space, as well as the "Movies!" Network in cooperation with the Fox Television Stations, "H&I" Heroes and Icons, plus the new Decades Network in partnership with the CBS Television Station Group.