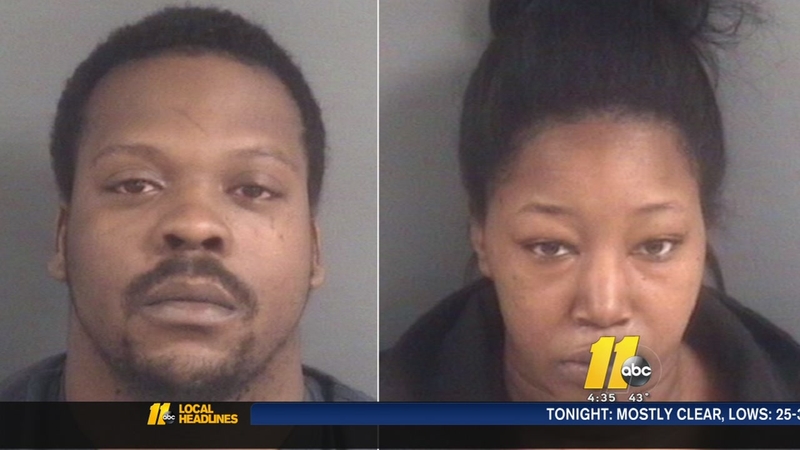 CUMBERLAND COUNTY, N.C. -- A Cumberland County couple is behind bars for allegedly abusing two of their three children.

The probable cause affidavit indicated that Forrest and McDonald took turns repeatedly beating the children with an extension cord and bit them so hard that it caused permanent bite marks on many parts of their bodies.

Additionally, the narrative noted the two children, ages 4 and 6, were severely malnourished and emaciated.

McDonald and Forrest made their first court appearance Wednesday where McDonald tearfully pleaded with a judge for his freedom.

In court, he explained how he called the Department of Social Services to come remove the children after he realized he went too far in disciplining them.

However, District Attorney Billy West insisted that the abuse occurred over a two-year period.

Forrest, on the other hand, was more concerned with the ABC11 cameras in court rather than her bond; she asked a judge three times to have the media removed.

A Wake County Court convicted Forrest of felony child abuse in 2013; however, she was given a suspended sentenced and awarded custody.

Her husband, McDonald, has a prior conviction for kidnapping and robbery with a dangerous weapon.

Their violent pasts are why West fought hard to keep both behind bars.

"It is very concerning, that's one reason why we asked for a bond increase because there's a history there," West said. "These children are alleged to have been abused on two different occasions in two different counties. And that can't be tolerated with our children here in Cumberland County."