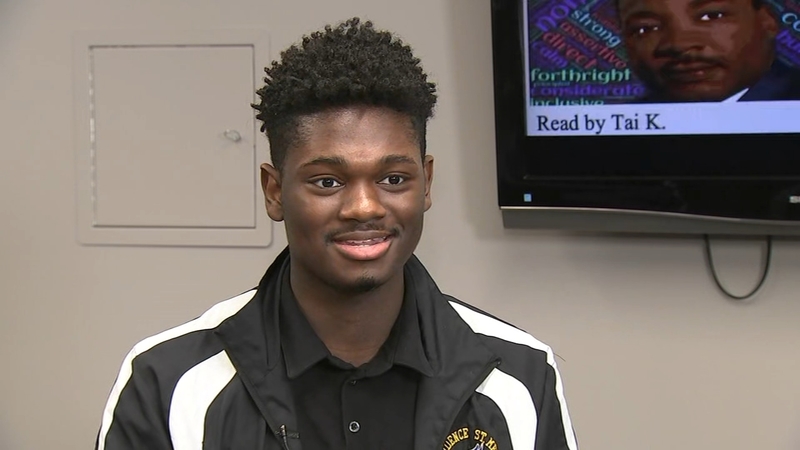 CHICAGO (WLS) -- A Chicago teen is celebrating an achievement very few people ever reach: a perfect score on the ACT.

"It's amazing," he said. "When I first saw the score, I was surprised. I was exalted, astounded."

It's a feat less than 1% of students nationally achieve. His mother couldn't believe it.

The 16-year old earned the score the second time he took the test, which includes math, science, English and writing. The first time he got a 29.

"It was great that that happened," Hoover said. "But I never intended, like, I never imagined that I would get a perfect score."

Principal Timothy Ervin, a Providence St. Mel grad himself, said the perfect score is the highest any student has gotten in the private school's 42-year history, adding that since 1978, 100% of graduates have received college scholarships.

Hoover began attending the prominent West Side school in the third grade when the public school in his East Garfield Park neighborhood was closed along with 49 others by the city. His mother didn't want him caught up in gangs feuding over territory during his commute.

"I'm from this neighborhood, so I know what's going on," his mother said.

Mario's mother credits her son's teachers and his hard work for the high score, which the teen hopes will help him accomplish his dream of being a neurosurgeon.

Along with his 3.9 GPA and his four advanced placement classes, the teen also has found time to become an all-state musician. He also runs track while volunteering at the neighborhood Boys and Girls Club and a local hospital.

"Doing the best that I can to boost my academic career and professional career to inspire others to do the same," he said. "Because once you have that platform, you can inspire people to change the world and you can also change the world."

This summer, Mario will participate in a two-week program at Oxford University in England for high school students. After Mario finishes up his senior year and graduates, he hopes to go to an Ivy League college.