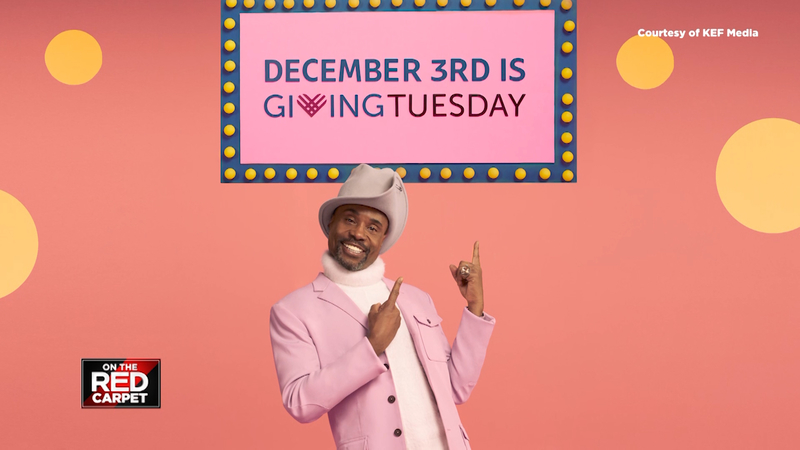 LOS ANGELES -- Emmy, Tony and Grammy Award winner Billy Porter is shining the spotlight on generosity this season and talks about the importance of giving back on Giving Tuesday.

Giving Tuesday falls on December 3 this year. It's a day when hundreds of millions of people around the world set aside the things that divide us and embrace what unites us: generosity and giving back. Since 2012 Giving Tuesday has grown into a global generosity movement unleashing the power of people and organizations to transform their communities and create the world they want to live in.

Giving Tuesday used to highlight just one day, but has since expanded to promote generosity throughout the entire holiday season. This year, PayPal is showing their support by matching 10 percent of monetary donations as part of their 'Give Better' campaign.

The "POSE" star suggested that volunteering, mentoring or even donating clothing are other great ways to give back this holiday season. "We all have clothes in the closet from our smaller days that we're hoping to get back into someday. Just let them go," advised Porter.

Porter shared why paying it forward is so important: "Giving of yourself is the way to have a more enriched life."

Porter's life certainly has been enriched this year and there's no sign of him slowing down any time soon.

"I feel blessed to have lived long enough to see this day...where a person like me can stand inside my authenticity and be seen and be heard," the actor said.

Porter will be taking the reins in the Central time zone and making his debut as host of the New Orleans countdown for "Dick Clark's New Year's Rockin' Eve with Ryan Seacrest."