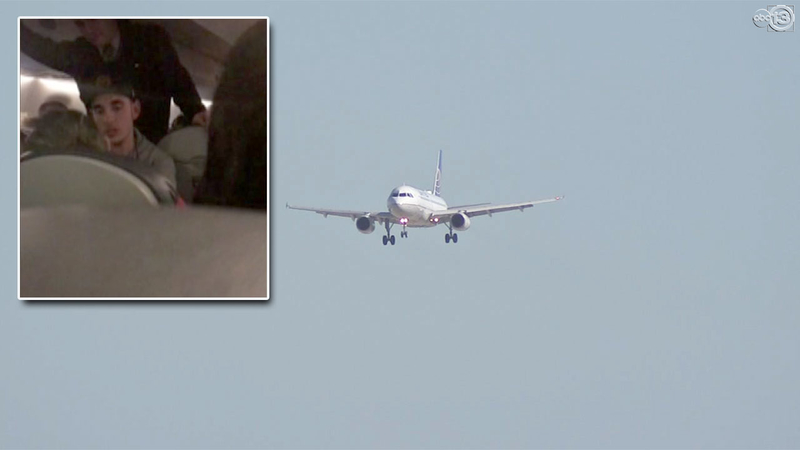 Man helps woman having seizure on flight from Houston

HOUSTON, Texas -- A United Airlines flight from Houston continued onto its destination in Ohio despite a woman suffering a dramatic seizure on board.

The ordeal was captured on video, with another passenger jumping in to help the woman.

According to Amy Hammon, who recorded the incident, she couldn't let the moment go undocumented. She captured the man rush from his seat when he saw the woman appear to be fighting for her life.

"He said he heard something behind him that didn't sound right in her breathing" Hammon recalled.

From that moment on, the man kneeled by the woman for the entire two-hour flight. The woman was said to be falling in and out of consciousness.

Retired Delta pilot Larry Pullen said an emergency landing is at the discretion of the pilot per airline regulations, but the policy varies by carrier.

On Monday night, Republic Airlines, which operated the flight for United, provided a statement in response to the incident:

"The safety of our customers is our first and highest priority. Regarding the medical event on board our flight 3466 this weekend, the decision to continue to the flight's destination was made by our crew who did the right thing by working with medical personnel onboard, with our on-call medical service provider and with input from the passenger. Had it been the judgement of the medical professionals that another course of action was indicated, we would have followed that recommendation immediately.