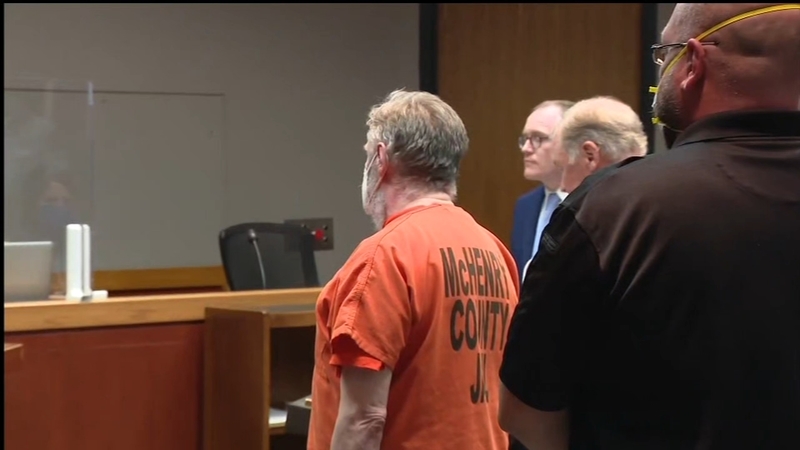 He was sentenced to 30 years in prison: 11 years for aggravated battery of a child, 14 years for involuntary manslaughter and 5 years for concealment of a homicidal death. The judge ordered all sentences to be served consecutively.

A McHenry County judge sentences Andrew Freund, Sr. after he accepted a plea deal in the murder of his son AJ in Crystal Lake.

The Crystal Lake boy, AJ, was beaten to death in April 2019, and his remains were later found in a shallow grave. Freund was charged with first-degree murder.

In his short, tortured five years of life AJ Freund was regularly abused by his mother and father. Prosecutors said that culminated in his death 17 months ago.

Prosecutors said Freund failed to protect AJ, and after he died lied to the police when he told them his son was missing. In fact, Freund had buried his son's body in a shallow grave in a rural area of Woodstock.

After initially lying, prosecutors said Freund eventually cooperated with the investigation and led police to his son's body. He agreed to accept a plea deal in exchange for a guilty plea. The 63-year-old will have to serve a minimum of 18 years out of his 30-year sentence before he would be eligible for parole.

A community group advocating justice for AJ has followed the case since the beginning. And while they said no amount of prison time would provide true justice, they said they are satisfied. Prosecutors said Freund has also agreed to continue to cooperate in the case against two former DCFS workers who are now charged in connection with the case.

Andrew Polovin, a former DCFS worker pleaded not guilty Thursday to child endangerment and reckless conduct charges in the case.


A status hearing in Polovin's case has been scheduled for Oct. 29. He faces between two to five years behind bars or probation.
RELATED: Crystal Lake home of murdered boy demolished
EMBED More News Videos

A second former DCFS employee, Carlos Acosta, is also facing charges, He is scheduled to be arraigned next week.

DCFS declined to comment on the charges against their former employees.