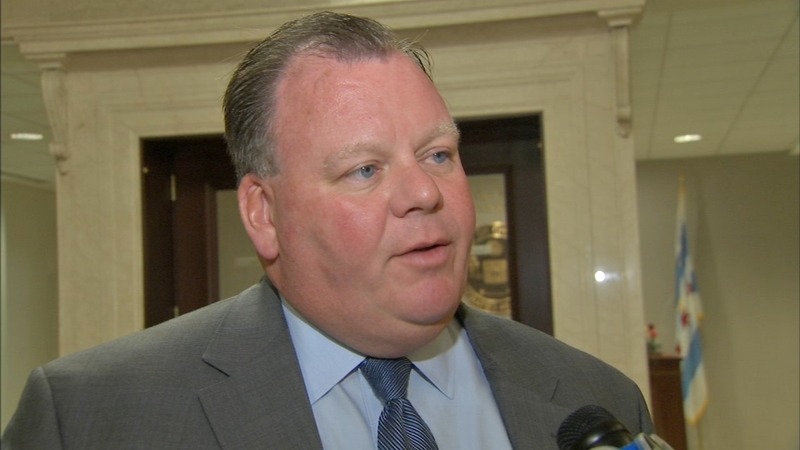 With the jury now seated, opening statements are set to begin Tuesday morning.

The 52-year-old alderman, who has represented the 11th Ward since 2015, arrived at the Dirksen Federal Courthouse with family and supporters Monday morning. He is facing tax fraud charges and is also accused of lying to federal regulators about the amount of money he borrowed from now defunct Washington Federal Bank for Savings.

Thompson is the nephew of former mayor Richard M. Daley and the grandson of Richard J. Daley. He's the first Daley to face a jury trial.

"There's no more powerful political family in Illinois than the Daley family," ABC7 political analyst Laura Washington said. "So this is a significant thing to have someone from that powerful place, go on trial. Especially a federal trial."

The jury picked to decide Thompson's fate includes eight women and four men. There are eight whites, three Blacks and one Hispanic.

Part of Thompson's defense is expected to be that he did not intend to falsify his taxes, but that he is just very unorganized and doesn't pay close attention to his personal finances. It's not clear if he will testify in his own defense, but there is more at stake than just his own political career or his freedom.

Thompson was charged in this case last year and he has pleaded not guilty. As he left court Monday, he said he had no comment about the jury selection.