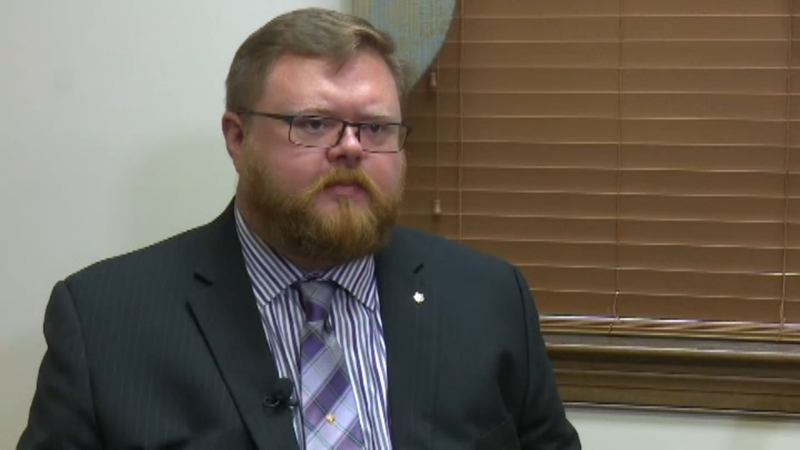 GREENVILLE, N.C -- A North Carolina man says his divorce was almost unbearable, but an unusual legal claim just landed him a $750,000 judgment.

Alienation of affection laws, sometimes known as "homewrecker" laws, allow the spouse to sue another person for "purposefully interfering with the marital relationship," according to Cornell Law School's Legal Information Institute.

The person sued is usually the person a spouse cheated with.

Howard had been with his wife for 12 years. When she approached him about separating, the couple started attending marriage counseling.

But something felt off, so Howard hired a private investigator, who uncovered the affair, he told CNN.

Howard blamed the other man for alienating his wife from him, according to court records.

In August, a judge ruled in Howard's favor.

"He was a colleague of hers from work," Howard said. "He ate dinner with us several times, we spent time together ... I thought this was a friend."

But the lawsuit wasn't just about the money, he said.

"I believe in the sanctity of marriage," he said. "Other families should see what the consequences are to not only breaking the vow to whatever religion you subscribe to, but also your legal responsibilities."

"It's very prevalent," she said.

To have a chance at winning the lawsuit, a cheated-on spouse should be able to show the couple was happy before the affair and a lover came between them. In other words, that a third party got in the way of the relationship and caused its downfall.

In many of Mills' cases, it's not really about the money, she told CNN.

But people have still made some serious bank taking their exes to court.

Last year, a judge ordered a man pay $8.8 million to a husband whose wife he had been seeing for more than a year.

Most of the money awarded consisted of punitive damages meant to penalize the defendant, but $2.2 million was in compensatory damages.

Many states have repealed alienation of affection laws, but they still exist in Hawaii, Mississippi, New Mexico, South Dakota, Utah and, of course, North Carolina.