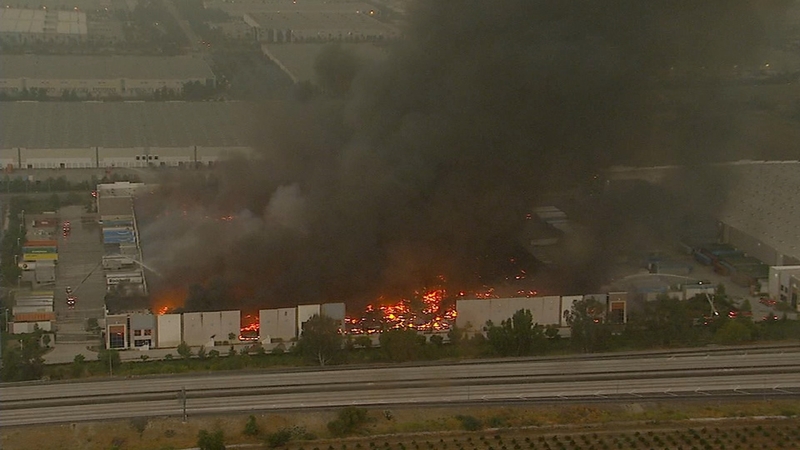 REDLANDS, Calif. -- Firefighters were battling a massive blaze that ripped through a large distribution center in Redlands Friday morning in southern California

Flames and thick smoke were seen shooting out of the roof and windows of the warehouse shortly after 5 a.m.

The nearby freeway was shut down as fire crews poured streams of water onto the flames, which appeared to engulf almost all of the massive structure.

Amazon trucks near the building were also set ablaze. A spokesman for the e-commerce company refuted initial reports that the building was owned by Amazon.

No additional information was immediately released. It is unclear if any injuries were reported.