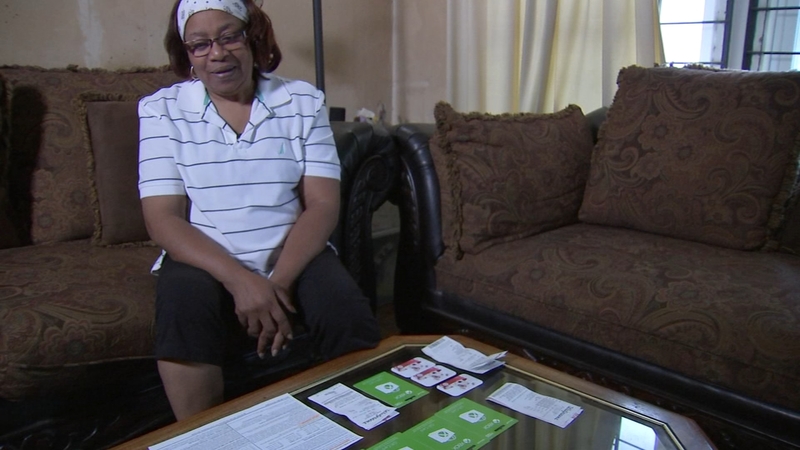 CHICAGO (WLS) -- Phony phone numbers pretending to belong to reputable businesses like Amazon and Uber can fool you into sending money. Consumer Investigator Jason Knowles and the I-Team spoke to a woman who lost $1,500 to this popular scheme.

"They made $1500 in 30 minutes and there is nothing anybody can do," said Brenda Oliver.

"Be careful, never, never get a gift card and give these people the numbers off the back. When they say 'get me a gift card', I don't care what they say they want, don't do it, just don't do it," she said she wants other Amazon customers to know.

Oliver is recently widowed. Her husband had an Amazon Prime account that she didn't use, so she was trying to close it and stop the annual fee.

"I think I'm doing something to help me and in the end, these people are scamming me," she said.

Her internet search turned up a fake Amazon page with a phony Amazon number starting with 866. She said the representative on that fraudulent number told her to send gift cards before they could get her husband's account "up-to-date."

"The first $100 was for them to clear out what was being charged, $380 in charges were sitting out there waiting to be processed. And for my inconvenience they were going to give me $115 which brought it up to about $500," she told the I-Team. "They said 'But we're going to need you to get this gift card and then we'll transfer the money right back to you.'"

But it was all a ruse. Oliver never got that remaining balance back and lost all $1,500 in gift cards. She didn't know that by giving the scammers the numbers off the back of a gift card, the money was immediately gone, and untraceable.

"There are people out there just trying to get your money," she warned.

Security expert Will Caput said scammers are creating numbers which claim to be big businesses all of the time, targeting consumers who want to talk to a human being.

"They want to talk about whatever issue they are having, they don't want to go through an online chat portal, so they will search for a phone number and they will find one from a random website that says hey this is for the phone number for this company you are trying to reach," said Caput. "And that phone number ends up going to a burner phone."

It could end up being an untraceable number. The I-Team has reported on fake Facebook and fake Uber phone numbers which have also tricked people.

"If you just go on Google or Bing or whichever search engine and you type in 'Amazon phone number' you'll find the legitimate one but others will be listed and a lot of these websites pop up overnight and they are gone days later after they take advantage of a few people," warned Caput.

Oliver filed a police report and showed police the fake Amazon page. When she called the I-Team, the page was down but that phone number still worked. So Knowles called it and heard an automated voice say, "Thank you for calling Amazon customer services."

But after more than 20 minutes on hold, Knowles hung up and reported the suspicious number to a real customer service representatives at the real Amazon.

They confirmed the number was a fake. The real Amazon customer service number starts with 888 not 866, like the phony number that was given to Oliver.

So how do you spot a phony phone number? When you're searching for a phone number, look for the real logo of the business to pop up by the 800 number. Your best bet is to go to the company's app or visit the real webpage in your web history. Then get the customer service number form that page or app.