Nearly 200 flights were canceled at O'Hare airport over Halloween weekend, as well
CNNWire 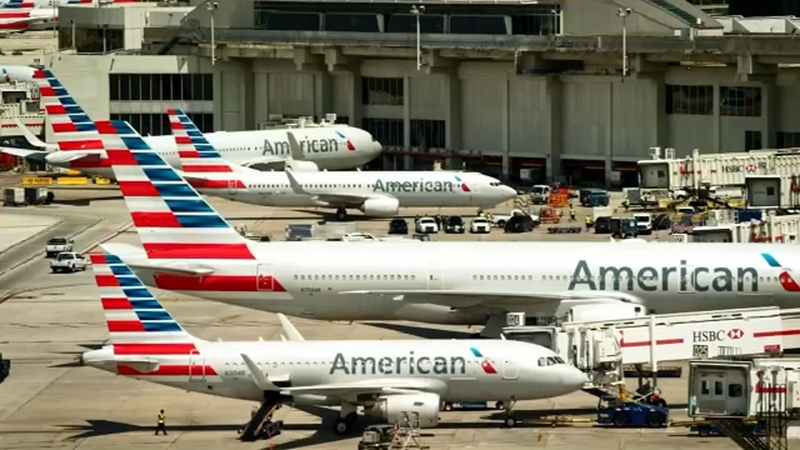 CHICAGO -- American Airlines canceled nearly 1,300 flights over the weekend, citing weather conditions and staffing shortages as the impetus for the massive travel headache.

The Fort Worth-based airline canceled more than 1,000 flights as of Sunday at 11 p.m. CT, accounting for 36% of its schedule, according to tracking service FlightAware. More than 400 of AA's Sunday flights were also delayed.

There are already 190 AA flights canceled for Monday.

Two days of severe winds in Dallas-Fort Worth, its largest hub, sharply reduced its arrival capacity, the company said. Flights were also affected at its Charlotte, North Carolina, hub.

"With additional weather throughout the system, our staffing begins to run tight as crew members end up out of their regular flight sequences," American said in a statement to CNN.

On Friday, FlightAware showed 738, or almost a quarter, of American's operations were delayed, and it had 342 flight cancelations.

American reported 4,967 flights had been scheduled on Saturday.

"To make sure we are taking care of our customers and providing scheduling certainty for our crews, we have adjusted our operation for the last few days this month by proactively canceling some flights," American said.

Thousands of passengers are traveling during the Halloween weekend right now, many of them tweeting their grievances to the company.

In comparison, Southwest, which has fewer flights per day, has canceled 5% of its flights and delayed roughly 17% on Sunday.

At Chicago's O'Hare International Airport, 40%, or 126, American Airlines flights have been canceled Sunday, with another 52 delayed, according to Flightaware.com. Another 34 were also canceled from O'Hare Friday and 53 on Saturday.

As air travel plunged in early 2020, airlines offered buyouts and early retirement packages to employees in order to cut costs. As they try to hire, or rehire, workers, service disruptions have become more frequent.

As travel ramps up after all but shutting down during the early days of the COVID-19 pandemic, other airlines also have had difficulty returning to normal operations. Southwest had an operational meltdown during one weekend in October, canceling more than 2,000 weekend flights.

The company blamed the move on air traffic control problems and limited staffing in Florida as well as bad weather, saying getting its operations back to normal was "more difficult and prolonged" because of schedule and staffing reductions it instituted during the pandemic.