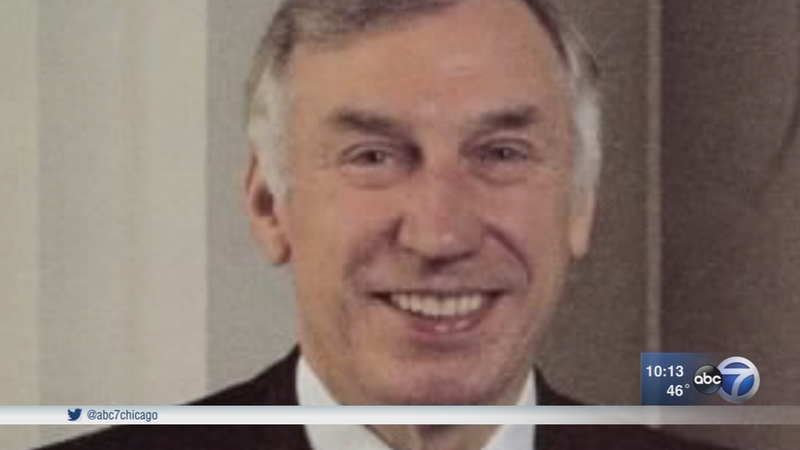 Nearly 7,300 days have passed since Miglin was murdered in his garage, but the evil memories of May 4, 1997, make it seem like yesterday for those touched by Cunanan's killing spree. They are carrying wounds still open after two decades.

For Duke and his family, 20 summers have come and gone since that Sunday in early May when his father came face to face with evil.

Lee, who was 72 at the time of his death, was found in his own garage. He had been tortured with a screwdriver and garden saw, ribs broken, bound at the wrists, his head wound with tape appearing like a mummy.

A Jeep with Minnesota plates found nearby that had collected several parking tickets was traced to Andrew Cunanan, a gay gigolo already wanted in Minneapolis for murdering two friends a few days earlier.

The Cook County warrants for Cunanan's arrest state he killed Miglin "by bounding him," "beating him," "stabbing him" and "slashing his throat."

"It was a savage murder," said Robert Milan, former Cook County Assistant State's Attorney. "He's an absolutely evil guy and he was out of control."

For Miglin's wife Marilyn, the owner of a prominent cosmetics company and staple of the Home Shopping Network, the pain was indescribable.

Duke Miglin has carried on in silence for two decades, until now.

Chuck Goudie: Twenty years has not dulled this at all for you?
Duke Miglin: No. No. Not at all.

Duke followed in his father's career as a real estate developer, still dealing with life's most difficult moment in the way his father taught him.

"Using my father's example that you, again, have to keep looking forward," he said.

For Miglin's associates, the gruesome death of a Chicago business icon became personal.

"I think Andrew Cunanan was pure evil," said Mark Jarasek, former Miglin-Beitler company vice president. "It was a frenzy at that point, and the rumors were even worse, trying to tie Lee Miglin to Andrew Cunanan."

The FBI looked into a few claims that Cunanan knew Miglin or his family, but no link was ever nailed down.

"Some of his crimes were simply crimes of opportunity. I've never seen any credible evidence to show that there was a relationship," Milan said.

"There was no relationship whatsoever. A lot of false things were brought up and they were very hurtful, very painful, for me personally and there were attacks on me as well that I really didn't appreciate. And I still don't," Duke Miglin said.

After murdering Miglin in his garage, Cunanan went into the family's home, ate a ham sandwich, shaved and rested. He stole Miglin's care and got a head start on what became a nearly three-month U.S. manhunt with a nation on edge.

Cunanan killed a random New Jersey cemetery worker just for his truck, then traveled to Florida. At a Miami Beach pawn shop he sold a $50 gold coin he'd stolen from Miglin, even signing his own name.

Less than two weeks later on a vacant Miami houseboat where he had stowed away Cunanan killed himself, leaving open the question: why did he murder Lee Miglin?

"We are never going to know because the two people involved are dead," Milan said.

"There's never really closure in a situation like this," Duke said.