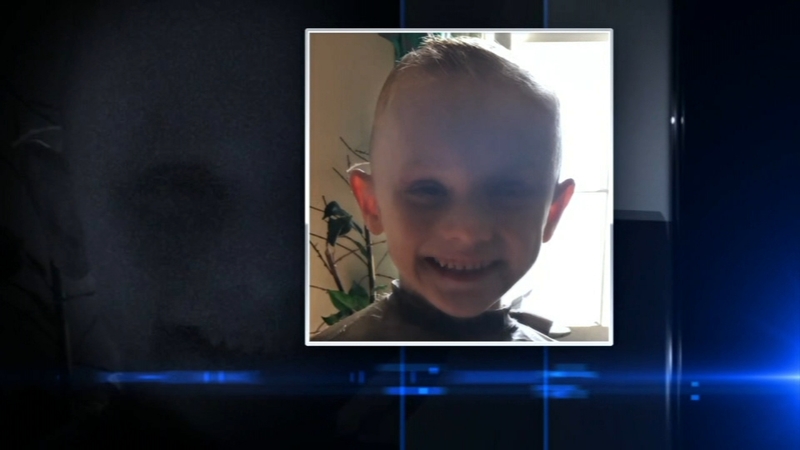 CRYSTAL LAKE, Ill. (WLS) -- The search for a missing 5-year-old boy in northwest suburban Crystal Lake continued into the night Thursday, with teams using sonar as part of an exhaustive effort to locate him.

Andrew "AJ" Freund was last seen at his home in the 0-100 block of Dole Avenue on April 17, according to the Crystal Lake Police Department. He has short, blonde hair and is approximately 3-foot-five, weighing 70 pounds. He was last seen wearing a blue Mario sweatshirt and black sweatpants.

Police said Andrew's parents reported they last saw him at bedtime on Wednesday night at approximately 9 p.m. After waking up Thursday morning and being unable to locate him in the home, his parents contacted police and reported him missing.

Crystal Lake police said they are still investigating the circumstances surrounding the boy's disappearance. An Amber Alert was not issued because authorities are unable to confirm an abduction had occurred.

The FBI joined other local law enforcement in assisting Crystal Lake police in the search. Just before 4 p.m. police expanded the area they consider a crime scene, though they did not offer details about what prompted them to do so.

FBI agents were seen leaving the Dole Avenue home with what appeared to be items from the residence.

Andrew does not yet attend school. Neighbors said they see him and his younger sister outside the house occasionally. His parents were taken to the Crystal Lake police station for questioning.

"Everybody's really worried. They keep to themselves, nobody knows them extremely well. But we know the kids, they've lived here, so, no, absolutely no idea what could have happened," said neighbor Janelle Butler.

"We don't know if he wandered out. That was the first thought - did he wander out? But nobody's seen him, so nobody has any clue whatsoever," Butler added.

"I'm just feeling so much for the little boy and the family. This is a neighborhood that's quiet and friendly. And it's just scary that this is happening," said Jenni Atkinson, Crystal Lake resident.

Several neighbors said they previously had concerns about Andrew and his younger sibling, and claimed they called the Illinois Department of Children and Family Services about them. DCFS said they are unable to confirm those neighbors' claims.