4 charged in fatal shooting of Antonio Smith, 9, in Grand Crossing 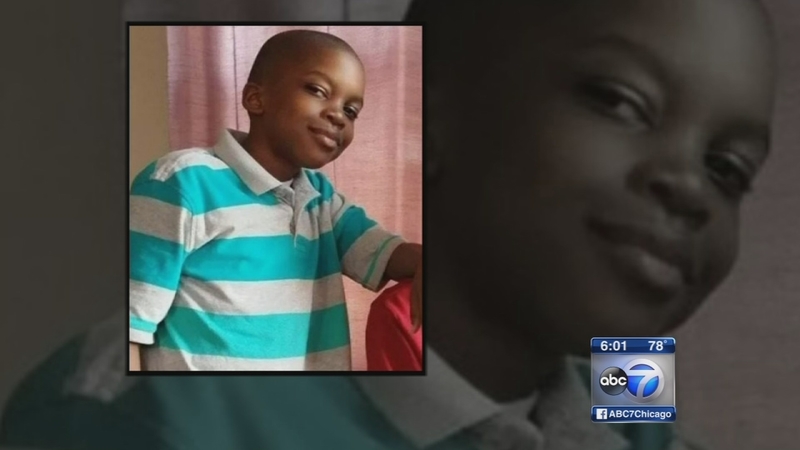 CHICAGO (WLS) -- Four men have been charged in the shooting death of a 9-year-old Chicago boy last month, police said.

Antonio Smith was shot multiple times in the backyard of a residence in the Grand Crossing neighborhood on August 20.

Police said the four men are members of the same gang who were driving around, looking to shoot members of a rival gang when they spotted two of them and stopped.

"Williams handed Allmon the handgun and instructed him to shoot the two suspected rival gang members. As Allmon approached his intended targets on foot, he came across Antonio Smith in the rear yard of the residence. Believing that Antonio Smith was yelling a warning to his intended victims, Allmon shot Antonio Smith multiple times, wounding him fatally. As Allmon fled the scene, he discarded the murder weapon, the handgun, into a nearby sewer from which it was recovered," said McCarthy.

Gangs have long used youngsters as lookouts, or shorties, who will forewarn when rivals approach. Antonio Smith was not affiliated with any gang, but police said that his killer thought that he was.

"Basically, when you shoot somebody four times or more, it's an execution. Executing a 9-year-old kid, what the hell kind of a day is that?" said Father Michael Pfleger, St. Sabina Church.

Allmon, the alleged shooter, was arrested and convicted for unlawful use of a weapon in 2012. He was sentenced to three years but served only one, then was released on parole.