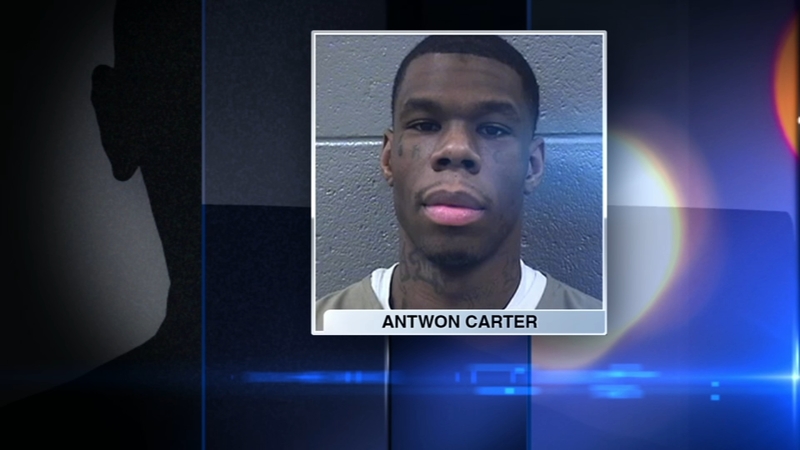 CHICAGO (WLS) -- A man convicted of killing an off-duty Chicago police officer was sentenced to life in prison, plus 35 years, on Thursday.

Officer Michael Bailey, 62, was shot to death outside his home in the Park Manor neighborhood in July 2010. He had just finished an overnight shift on then-Chicago Mayor Richard M. Daley's security detail and was washing his car when Antwon Carter, 32, shot him three times, according to prosecutors.

Carter was found guilty in May of first-degree murder, based largely on comments he made to friends and fellow inmates, bragging about killing Bailey. His motion for a new trial was denied.

Prosecutors previously said Bailey was washing the Buick Regal he had bought himself as a gift for his upcoming retirement at the time of his death. Carter tried to steal the car, which sparked a shootout.

Bailey's family said the most painful time of their lives is now over.

Carter, who has also been accused of a number of other carjackings and robberies, was brought in for questioning a year after the murder and allegedly stopped short of a full confession, but little forensic evidence tied him to the murder.
His trial was delayed, as prosecutors tried him for carjacking first.

Through an emotional victim's impact statement, his daughter Danielle Drayton expressed grief as the defendant smirked.

"I think in the moment there was a smirk, that was a deflection," Drayton said. "Although we were impacted by this, we feel for him as well."

While Antwon Carter declined to address the court, his lawyers tried to mitigate his crimes.

With Thursday's sentence, Bailey's family said they can now begin to heal.

Bailey's daughter Jada, who's also a Chicago police officer like her father, said it's something they've struggled with as they honor his memory.