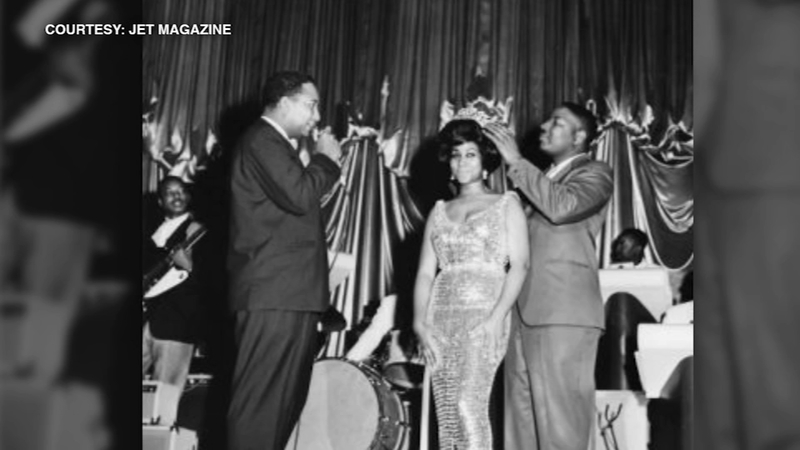 CHICAGO (WLS) -- Aretha Franklin frequently visited the city of Chicago with her father, a powerful pastor who was part of the Civil Rights Movement, and before long Chicagoans noticed her talent. It sparked a title she would carry for the rest of her life.

"Long before the world began to understand the iconic signature voice of Aretha Franklin, my dad knew she was going to be a force of nature," said Melody Spann Cooper, Spann's daughter.

"It was in May of 1964, I understand, at the Regal Theater that he actually crowned her the 'Queen of Soul,' and the rest is history," Spann Cooper said. "She kind of carried it on because everywhere she went, she wanted to be known as Aretha Franklin: the Queen of Soul."

Franklin kept that connection to Chicago for the rest of her life. She performed at ChicagoFest in 1980 and 1981, and made an iconic appearance in the Blues Brothers movie.

Ravinia welcomed her eight times over the years. Her musical director Fred Nelson III was by her side during more than 200 performances since 2011.

FROM THE ARCHIVES: Aretha Franklin behind the scenes of the final Oprah Winfrey Show taping in 2011
EMBED More News Videos

ABC7 Eyewitness News anchor Cheryl Burton interviewed Aretha Franklin back stage at the final taping of the Oprah Winfrey Show in May 2011.

"She kept the music, if I can use this word, pure. Always from the heart. Whatever she felt, that's what you got, and it transcended. It went through the whole band," he recalled.

And not just her whole band, but all of us as well.

"It hurts today," Nelson said. "On so many levels, not just personally, but her contribution to not just the music industry but to the world at large."