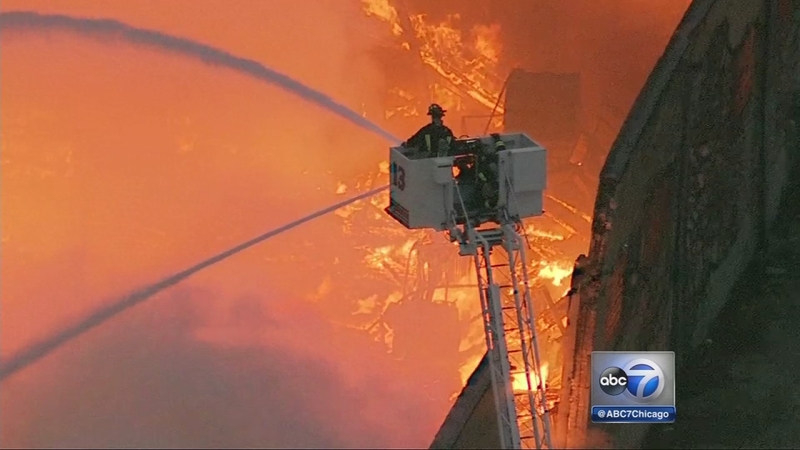 ARLINGTON HEIGHTS, Ill. (WLS) -- Officials are investigating the cause of an extra-alarm blaze at a vacant warehouse in the northwest suburbs.

Arlington Heights Fire Department Deputy Chief Pete Ahlman said crews were called to a large building in the 1400-block of East Davis Street around 6 a.m. Thursday. When they arrived, the fire was through the roof.


Giant plumes of smoke and flames were seen billowing out of the building 6:40 a.m., after the roof caved in.

Hayes said several departments responded to the scene to help get the two-alarm fire under control. He said the village is "very grateful" for the help and that the flames did not spread. It took crews 3 hours to extinguish the blaze.

The mayor said the former plastics factory has been vacant for at least 5-10 years. It appears to be a complete loss.

No one was injured in the fire.