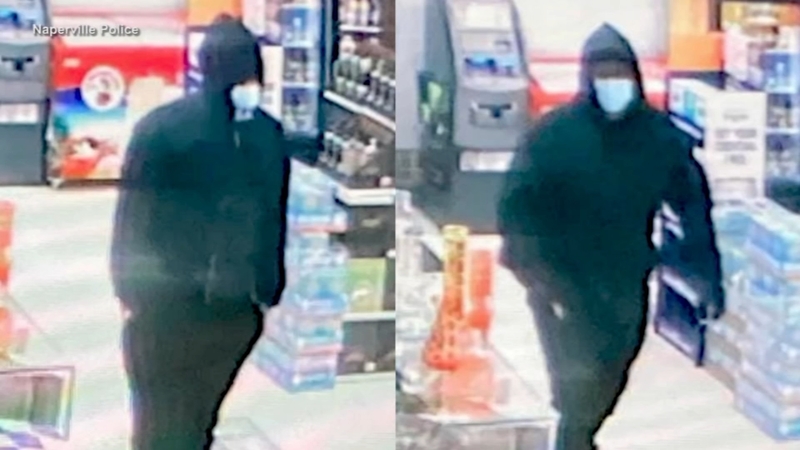 Armed robberies in 4 western suburbs may be linked, police say

NAPERVILLE, Ill. (WLS) -- Police in Marengo are looking for two suspects who shot a clerk last week, and investigators say they might also be tied to robberies in Aurora, Naperville and Downers Grove.

Naperville and Downers Grove police are looking for suspects wanted in connection for robbing two stores at gunpoint Sunday evening.

"One was carrying a handgun and they subsequently struck a clerk in the face with a handgun, causing lacerations to his nose," said Cmdr. Michaus Williams, public information officer for the Naperville Police Dept.

Police said the men stole cash and the clerk's phone before taking off.

Less than two hours later, a similar robbery was reported in from a 7-Eleven in Downers Grove. Again, one man was seen carrying a handgun.

"We can reasonably surmise they're linked based on the MOs and the clothing worn by the suspects at the time," Williams said.

"We are communicating with all our law enforcement partners to see if there is any connection to possibly an armed robbery that also occurred in Naperville and one that occurred in Downers Grove," said Paris Lewbel, spokesperson for the Aurora Police Dept.

Aurora's overnight robbery follows three armed robberies last week - all with similar circumstances to the ones Sunday night. Investigators have already linked those crimes to one in Marengo where a gas station clerk was shot.

Investigators say the key to figuring out a possible connection is the public. They're asking anyone who might have information to come forward.
Report a correction or typo
Related topics:
marengodowners grovenapervilleaurorasurveillance camerainvestigationarmed robbery
Copyright © 2021 WLS-TV. All Rights Reserved.
More Videos
From CNN Newsource affiliates
TOP STORIES