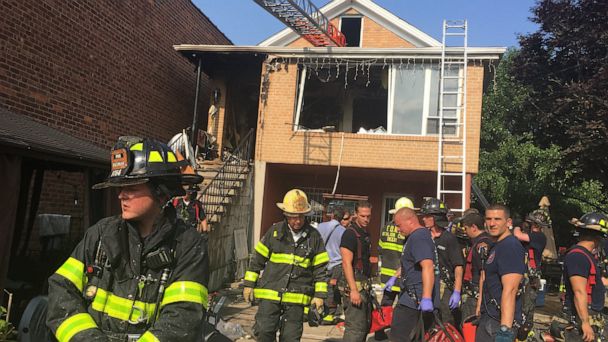 A fire that killed three people, including a 6-year-old girl, at a New York City home Wednesday afternoon was intentionally set, officials said.

Fire marshals determined the blaze "was incendiary - an ignitable liquid was used as an accelerant," officials with the New York City Fire Department tweeted Thursday.

Sources involved in the investigation told ABC News that the blaze, which also left two critically hurt, appears to have been set by a tenant who was facing eviction.

Crews rushed to the Queens blaze in four minutes and removed the 6-year-old and a 23-year-old man from the home, but they were pronounced deceased at the scene, according to the New York Police Department.

A 76-year-old man was rushed to New York Presbyterian Hospital-Queens where he died, said police.

A 10-month-old boy and 35-year-old woman survived and were taken to Cornell Hospital in critical condition, said police.

"Unfortunately it's a sad afternoon here in East Elmhurst," New York City Fire Department Commissioner Daniel Nigro said Wednesday. "There are two people that remain in the hospital in extremely critical condition with burn and smoke injuries from this fire."

"It's quite unusual at that time in the afternoon to have a fire trap five occupants in a private dwelling," Nigro said. "The first call we received came from the occupant of the first floor apartment in that home who heard an alarm going off and called 911."
Report a correction or typo
Related topics:
abc newsnational
Copyright © 2020 ABC News Internet Ventures.
More Videos
From CNN Newsource affiliates
TOP STORIES