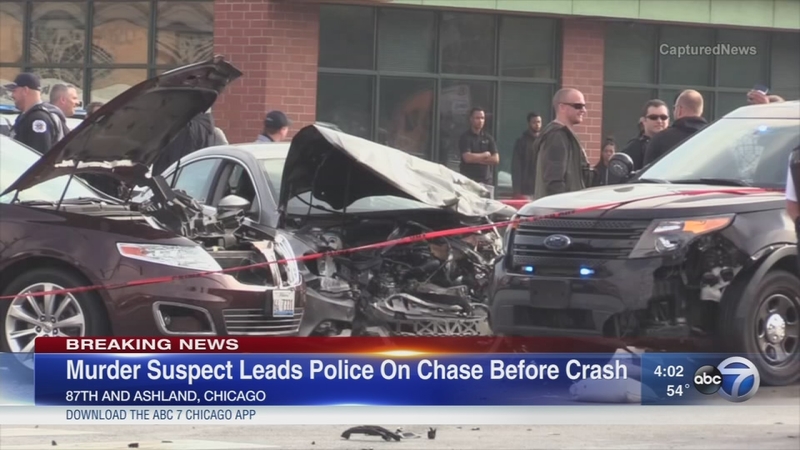 CHICAGO (WLS) -- Five people were injured in a multi-vehicle crash at the end of a Chicago police chase of a suspect wanted on murder charges, police said.

Chicago police and the FBI said the chase began around 11:30 a.m. Tuesday in the 6600-block of South Wolcott Street and ended with the crash at West 87th Street and South Ashland Avenue.

One person injured in the crash was taken to Christ Hospital in serious to critical condition. It is unclear if that person is the murder suspect or a victim from another vehicle.

A total of five ambulances were called to the crash, which involved at least three cars. Victims were taken to area hospitals and police said at least one victim is a child, who is being treated for non-life threatening injuries.

"He went from hitting the sidewalk, and he crossed over real fast, and then when he came this way it was like 50 police cars, as you can see, after him. So I got in my car and I drove down this way, and by that time he came from this way and was going this way, and spun around and hit all these different cars," said a witness.