Alleged john accused of keeping teen in room for days 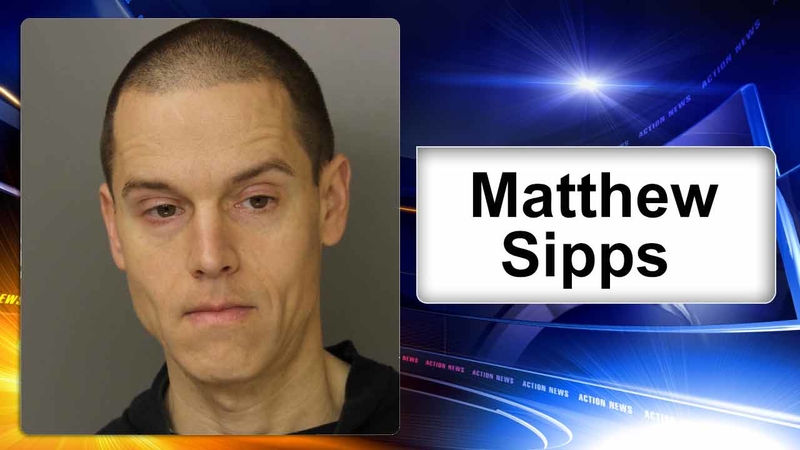 ASTON, Pa. -- A Pennsylvania man is the first Delaware County resident to be charged under Pennsylvania's new human trafficking law, according to law enforcement officials.

Matthew Sipps was taken away by detectives after being charged.

An Aston man is the first Delaware County resident to be charged under Pennsylvania's new human trafficking law, according to law enforcement officials.

According to court records, Sipps first had sex with a 16-year-old in New Jersey. He then took her to the Aston, Pa., home he shared with his adult brothers and mother, where he allegedly had sex with the girl in March and April of 2015.

The Delaware County district attorney says Sipps kept the teenage runaway in his bedroom, told her not to leave, and didn't allow her to socialize or eat with others in the house on the 100 block of Sweigart Lane.

Detectives say Sipps eventually gave the victim a cell phone and she contacted her mother who called police.

"It was all a misunderstanding. She told me she was 21, and I was trying to help rescue her out of a life of prostitution," Sipps said. "I saved her."

The teen told detectives she told Sipps she was 16.

Authorities say in early 2015, the victim ran away from her home in Rhode Island with the help of Philadelphia pimp Raymond Justis who forced her into prostitution for several weeks.

Sipps allegedly responded to an ad on Backpage.com advertising the girl as "18-year-old Italian cutie Maria on spring break looking to go wild."

Justis was arrested as part of a nationwide sweep and pleaded guilty to human trafficking in March. He was sentence to 14 years behind bars.

Sipps is facing felony charges for allegedly having sex with the girl, knowing she was a victim of human trafficking.

A man answered the front door at the home where the girl was allegedly kept; he seemed unaware of the severity of the charges.

When asked if he was aware of the girl who was staying there being underage, the man responded, "I had no idea."