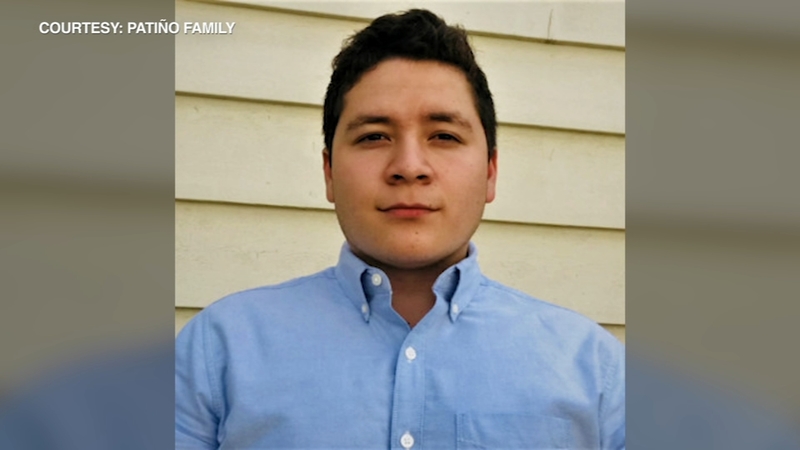 CHICAGO (WLS) -- Visitation for the two Naperville best friends killed at the Texas Astroworld Festival are happening this weekend.

Jacob "Jake" Jurinek, 20, and Franco Patiño, 21 are among nine people killed during a crowd surge at Travis Scott's concert in Houston last weekend. Both played football for Neuqua Valley High School in Naperville.

A visitation is being held Saturday for Franco Patiño the Naperville native killed at the Astroworld music festival.

Both victims' funerals will happen next weekend.

In a united front, each current football player walked out linked together two-by-two.

The team headed out to the field for the first time since two of their former teammates tragically passed away.

The school community remembering the two best friends who were among the 50,000 people who went to Houston, last week Friday, for Travis Scott's concert. They both died while in the crowd.

"It's been a wild seven days for many with the passing of Franco and Jacob," said junior Mark Wagner.

Their tribute on the field by their alma mater coming the same day family and friends held a visitation in Naperville for Patiño.

"I'm praying for you. You're not going through this alone, at all," said junior Joseph Cyrus.

Two friends, forever gone but their impact promised to always be felt by those who knew them.

"It's a moment for us to realize that we need to rely on one another, and I think many people are starting to come together and realize that," said Wagner.

And while the two best friends went to Houston to celebrate Jurinek's birthday, they now will be laid to rest on November 20th. That would have been Jurinek's 21st birthday.