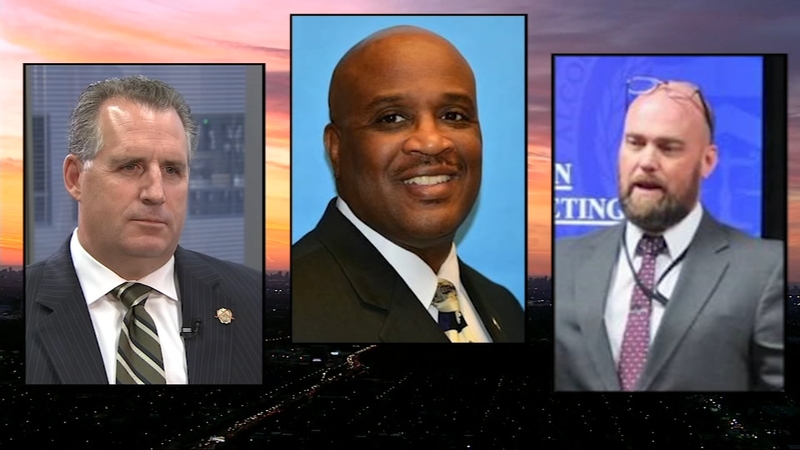 With unusual, and some say fortuitous, timing, three of Chicago's crucial federal law enforcement agencies all have new leaders at the top.

Emmerson Buie, Jr. began this week as special agent in charge of the Federal Bureau of Investigation Chicago field office. As the I-Team first reported in September, Buie, 54, is a Chicago native most recently assigned to the FBI in El Paso, Texas. He becomes Chicago's first African-American FBI leader.

Earlier this year the Bureau of Alcohol, Tobacco, Firearms and Explosives, better known by the shortened acronym ATF, installed Timothy Jones as its special agent in charge of the Chicago Division.

The most recent appointee confirmed by federal officials in Chicago is Bob Bell, special agent in charge of the Drug Enforcement Administration. Like Buie, Bell is a Chicagoland native and began his law enforcement career as a west suburban police officer.

"I don't know if it's a trend but it's interesting and timely," Bell told the I-Team in an exclusive interview, his first since being promoted.

"I hired out of this office in 1995. I know a lot of people...this is my home office my home state and I'd like to think that it means a little more to me and a little bit more personal to me being here," he said.

Bell said his top priority is simple: the deadliest drug scourge in Chicago and the U.S.A: opioids and particularly fentanyl.

"These drugs are the ones that are acute and are causing death the immediate public safety issue. So these are the ones we were going to focus on," Bell said. "Right now there was no other way for us to look at it when approximately 70% of the overdose deaths are attributable to opioids and of those opioids. About 70% of those overdose deaths are caused by fentanyl. I think we just need to follow what's causing our biggest threat to public safety."