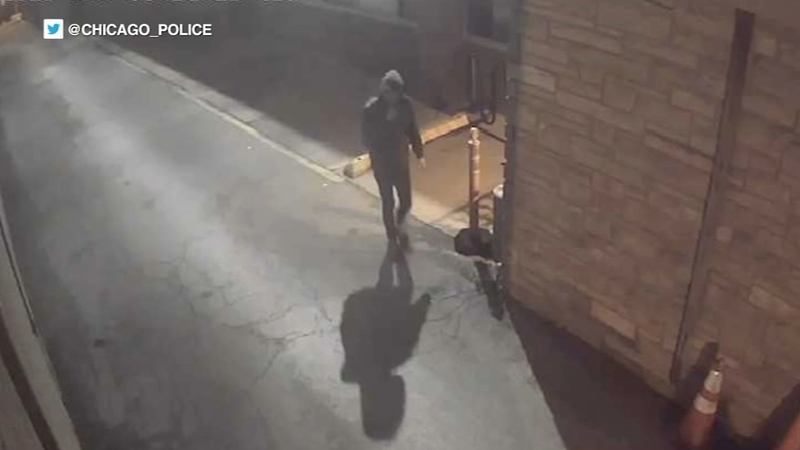 CHICAGO (WLS) -- Chicago police have released a photo of a suspect in the attempted arson of a synagogue and community center in the city's Lakeview neighborhood.

The incident occurred at about 12:34 a.m. Sunday at the Anshe Sholom B'nai Israel Congregation in the 500-Block of West Melrose Street and is being investigated as a possible hate crime, police said.

Police describe the male suspect as having a light skin completion and was wearing a black jacket with a hoodie, black pants, black shoes and carrying a bag.

The rabbi for the synagogue said the incident was caught on camera.

"We saw somebody try to approach the synagogue and light some fires and try to ignite and throw them at the building in an attempt to start a fire and he went off," said Rabbi David Wolkenfield.

Police said the suspect was captured on surveillance video hurling at least three Molotov cocktails at the synagogue at two adjacent locations. No fire damage was reported and no one was injured.

I-TEAM: Hate crimes are on the rise, but law enforcement is watching

"This attack was against a Jewish institution, against a synagogue," said David Goldenberg of the Anti-Defamation League. "The reality is tomorrow it can be against another community, could be a mosque, you could be at church, it might be against anyone who is different."

The Florence Heller Jewish Community Center sits alongside the synagogue, which has been there since 1940. It is one of Chicago's oldest symbols of diversity.

Anshe Sholom officials said the congregation is grateful for an outpouring of support in the wake of the incident, including from the Council of Religious Leaders of Metropolitan Chicago in Hyde Park.

In addition to the attempted arson, detectives are also investigating a pattern of cars with windows smashed outside of synagogues in the 24th Rogers Park District. Police said they may not be connected

Chicago police circled the block around the synagogue early Monday morning and a community alert has been issued for all area synagogues and Jewish schools.