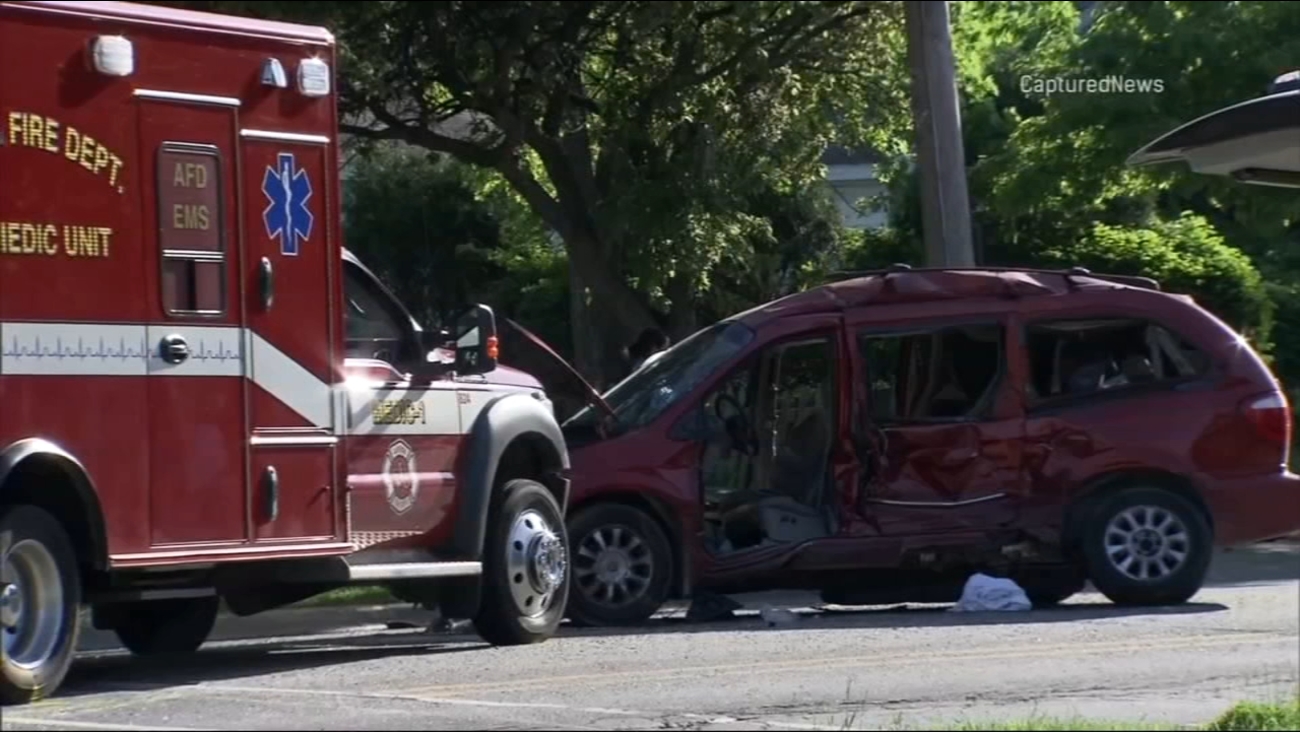 CHICAGO (WLS) -- The driver of a minivan that collided with an ambulance in Aurora on Wednesday, injuring 11 people including 6 children, has been charged for failing to yield at a stop sign.

Aurora police said the 25-year-old Chicago man failed to see a stop sign at the intersection of Galena Boulevard and West Street and instead continued into the intersection. At that point, police said, the ambulance, which was driving westbound on Galena with its lights and siren activated and a patient inside, t-boned the minivan on the driver's side.

In all, 11 people were injured.

The driver was also cited for failing to secure a child in a child restraint seat.

Police said the minivan contained the driver, a 27-year-old woman was in the passenger seat, and six children: a set of 1-year-old twin boys, a 4-year-old, a 6-year-old, a 12-year-old boy and a 13-year-old girl.

One of the 1-year-old boys and the 12-year-old boy were taken to a Chicago hospital for serious head wounds, police said.