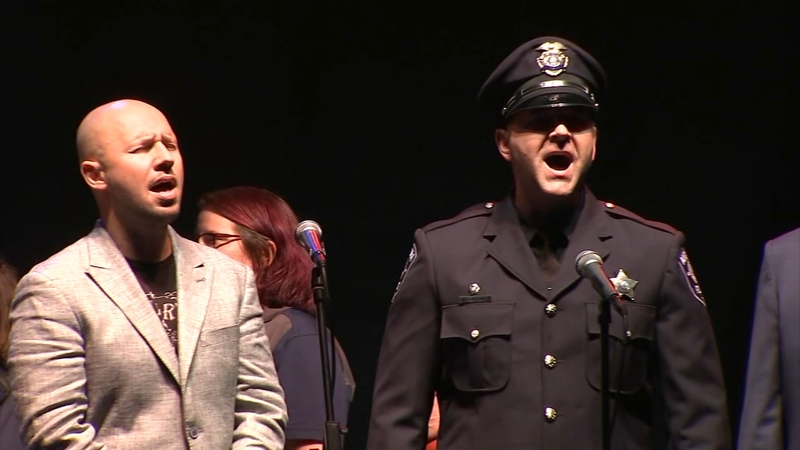 NAPERVILLE, Ill. (WLS) -- It's been a long six months for Aurora Police Officer Christopher Weaver, and the rest of those in his department.

Taking the stage Sunday night at Naperville's Last Fling to sing "The Star-Spangled Banner," Weaver and his fellow officers were honored for their heroic actions on the afternoon of February 15, when they responded to an active shooter call at the Henry Pratt Company.

Weaver was on the second floor of the warehouse when he and his partner came under fire.

"To see fellow officers hit was a terrible thing, but we go into harm's way so we can protect civilians," Weaver said. "We all just worked together to make sure nobody else was injured except for us once we got there."

Only one of the five officers injured that day has returned to full active duty.

As a thank you to them and the entire department, the organizers of Last Fling are donating all proceeds gathered at the beverage tents' tip jars to the Aurora Police Foundation.

"It really does help us get equipment and training that isn't budgeted for," Weaver said.

"We know that if something horrible like that were to happen here in Naperville, they would do the same thing for us," Coleman said. "So we did want to honor their sacrifice."

Sunday's recognition is just part of a wider collaboration between the cities of Naperville and Aurora. Both police departments drill together year-round in an effort to keep their communities safe.