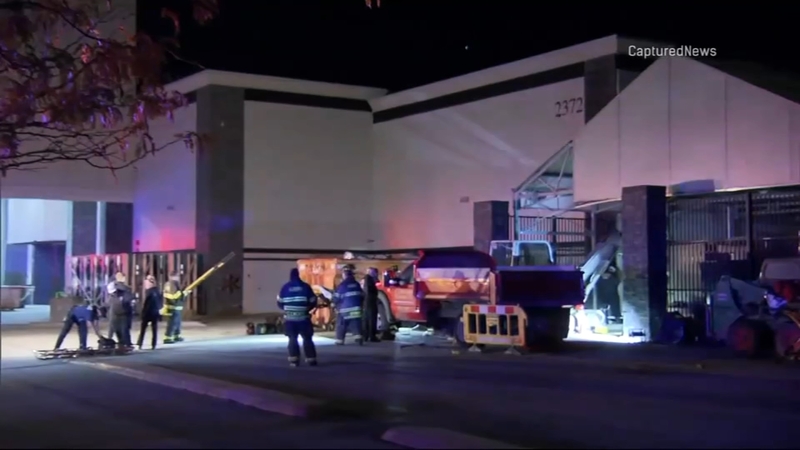 Security guard rescued after falling into 15-foot hole in Aurora

AURORA, Ill. (WLS) -- A 25-year-old man was rescued early Wednesday morning after falling into a deep hole in the western suburbs.

Aurora fire officials said a private security guard at Factor foods, a packaged meal prep company, was walking around the strip mall on the far West Side of Aurora when he fell approximately 15 feet into a hole that was dug for utility work and got stuck, just before 12:15 a.m.

He yelled to his coworker for help, and it took 20 different rescue agencies two hours to help rescue the man near Indian Trail and Orchard roads, officials said.

"Yeah, we were worried about the side walls of the trench to make sure it was safe for us to enter the hole. We didn't want to put anybody in harm's way so what we did is we shored up both sides of the hole and went in to extract the patient," Aurora Fire Department Battalion Chief Jason Demas said.

The security guard was then airlifted to Good Samaritan Hospital in Downers Grove, where he was listed in critical condition.

#APDAlert: Indian Trail at Orchard Road - Assist Fire Department with Trench Rescue - Just before 12:15am, Aurora Police’s 911 Center received a call for reports of a man stuck in a hole approximately 15 feet below ground. (1/3) pic.twitter.com/tbXfNjGoPa

The man was conscious and speaking to rescue crews when he was rushed to the hospital, but suffered unknown lower extremity injuries.