Australian couple stuck in Texas for over a year due to pandemic desperate to go home: 'I'm slowly dying' 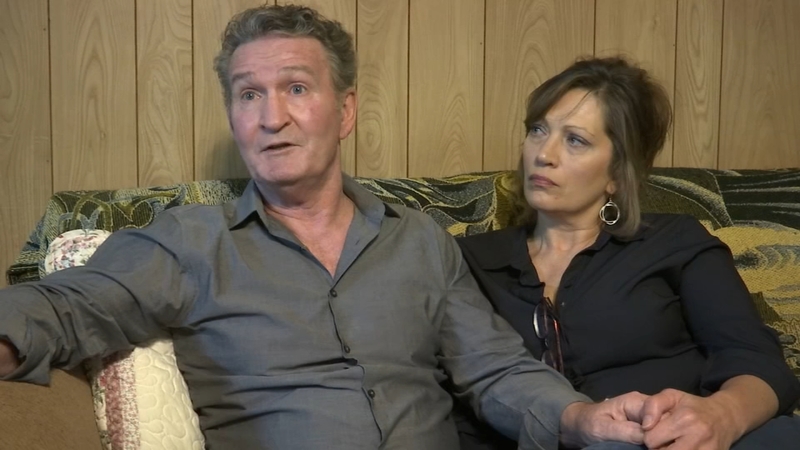 Australian couple stranded in TX for over year due to COVID

HOUSTON, Texas -- An Australian man and his wife said they are desperate to get home to Melbourne after their flight was canceled more than a year ago.

"This is where we stay at. It's easier for Andre. Everything's compact, and he can hold onto a lot of things, and this is where we've been staying," said Melissa Rivenell as she walked around their RV in her mother's backyard.

The couple has been living an hour outside Beaumont in east Texas after what was supposed to be a three-month visit back in December 2019.

They were scheduled to leave March 2020, but that flight to Melbourne was canceled.

It sounds like a dream to be stuck on vacation, but this was far from it.

A month later, Andre's disability assistance was cut off.

He says the Australian government told him he had been gone for too long.

"I paid my taxes in Australia," Andre said. "I voted for these people, and yet they treat me like this."

When the pandemic hit, Australia closed its borders to everyone including its own citizens.

SEE ALSO: Couple stranded in the Maldives on their honeymoon

When they began allowing people back in, it was with a severely limited weekly cap.

Sometimes only 20 to 40 people are allowed on a flight, raising ticket prices through the roof.

Business class airfare jumped to more than $10,000 for each ticket - the level of service Andre needs because of his medical conditions.

What the Rivenells could barely afford at the beginning of the pandemic is now out of the question.

The urgency to get back to Australia is growing after Andre suffered a stroke this past December 2020.

While in the hospital, doctors also diagnosed him with a disease they believe might be ALS.

His health declined quickly since the stroke. Today, he cannot walk, eat or bathe on his own.

Melissa stopped working a part-time job in order to become his full-time caregiver. "He can't even go to the bathroom on his own now," she said.

All of this developing as they waited for months to get back home.

They registered with Australia's Department of Foreign Affairs and Trade, joining a list of nearly 40,000 Australians waiting to get back home.

They've compiled paperwork and doctors letters to prove Andre's medical case, but they were denied an emergency government loan twice and now, silence.

Andre says he feels like he's a forgotten citizen. And now, the fear is he may soon lose the ability to travel at all.

"God forbid I die here, I don't want to do that because I want to see my son," he said.

Andre's 19-year-old son has been working as his father's advocate on the ground in Australia.

An organization called Free and Open Australia is working on behalf of the thousands still waiting to get home.

They have filed a legal challenge with the United Nations Human Rights Committee stating that Australia is breaking clause 12.4 of the International Covenant on Civil and Political Rights.

With no income, no health insurance and mounting medical issues,Andre and his wife have established a GoFundMe page to help raise the nearly $50,000 AUD they need for two business class tickets home to Melbourne.