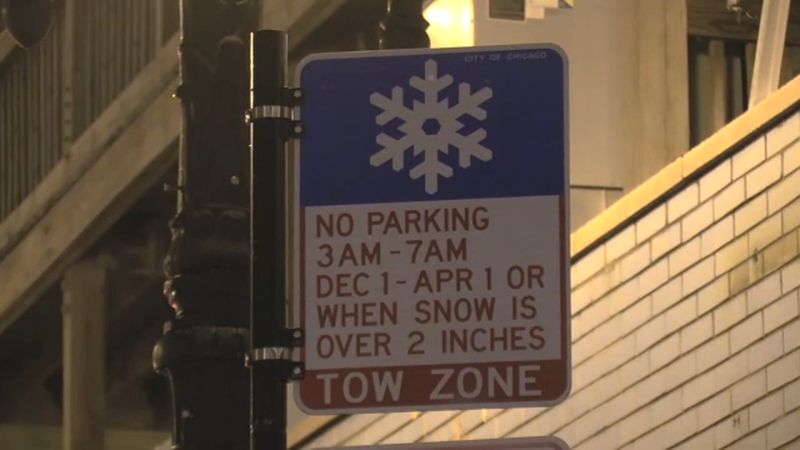 CHICAGO -- Nearly 250 vehicles were towed off city streets Sunday morning when the yearly winter parking ban took effect at 3 a.m., according to the Chicago Department of Streets and Sanitation.

The overnight ban prohibits parking on 107 miles worth of main roadways between 3 a.m. and 7 a.m. until April 1, regardless of snow.

Streets and Sanitation crews posted flyers on vehicles parked in affected areas in the days leading up to the ban, the department said.

The restriction that took effect Sunday morning is separate from the snow-related ban, which kicks in whenever at least two inches of snow accumulate, regardless of the calendar date or time of day. That restriction covers an additional 500 miles of main roadways across the city.

Last winter, 9,594 vehicles were towed due to the overnight parking ban between Dec. 1 and April 1, the department said.

More information and a map of streets the ban affects are available at chicago.gov/dss.