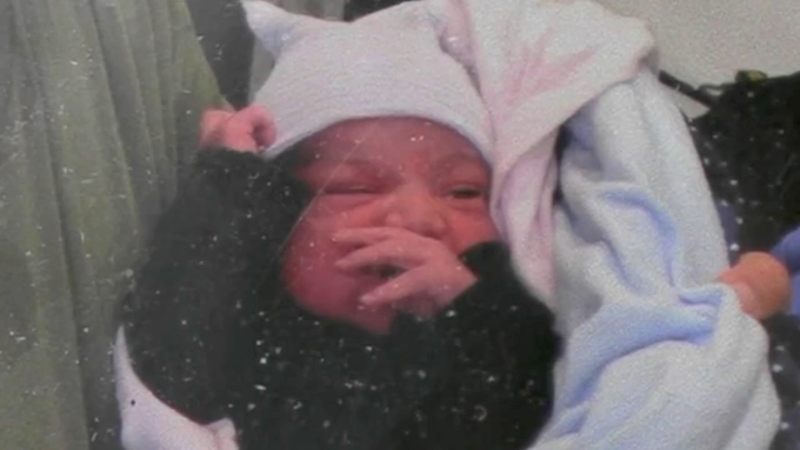 CPD questioning person of interest after baby found in dresser

CHICAGO (WLS) -- Chicago police are questioning a person of interest after finding a baby boy in a discarded dresser earlier this week.

Police said at about 8:13 a.m. Tuesday, in the 2300-block of North Oak Park Avenue in Chicago's Montclare neighborhood, a newborn baby boy was found in a dresser drawer in an alley.

The baby was transported to Lurie Children's Hospital in good condition, police said.

The woman who found him said his mouth was filled with vomit and she rendered aid until first responders arrived to take over.

The woman, who did not want to be identified, said she found the baby by chance when she came across a set of dresser drawers that had been left in the alley. The pulls on the drawers caught her attention and she stopped hoping to recycle them. It was then she found the baby wrapped in a rosary.

Residents in the area are outraged someone would just leave a baby out with the trash.

"It's very heartbreaking to hear something like that," said resident Candy Pittner. "I don't get it. I really don't because you have so many other places, you could have dropped it at a hospital...firehouse, church. You could have even rang my doorbell I would have taken the baby and left. Anything but leaving it in that drawer."