BALTIMORE -- The driver of a Baltimore school bus involved in a deadly crash with a commuter bus wasn't authorized to drive the vehicle because his medical certification had expired, the Maryland Motor Vehicle Administration said Thursday.

Glenn R. Chappell's one-year medical certification expired Aug. 31, spokesman Chuck Brown said in a statement. He said the agency did not receive an updated one, as required by federal law for holders of commercial driver's licenses. A CDL is required for school bus drivers in Maryland.

Brown provided copies of two letters the agency sent Chappell, including one dated July 17 reminding him of the requirement. The other letter, dated Sept. 8, told Chappell, "you are no longer authorized to operate a commercial motor vehicle."

Chappell, 67, died Tuesday, along with a Maryland Transit Administration bus driver and four mass transit passengers, when the school bus crossed the center line and smashed into the commuter bus after hitting a car and a roadside pillar in southwest Baltimore. No children were aboard the school bus. 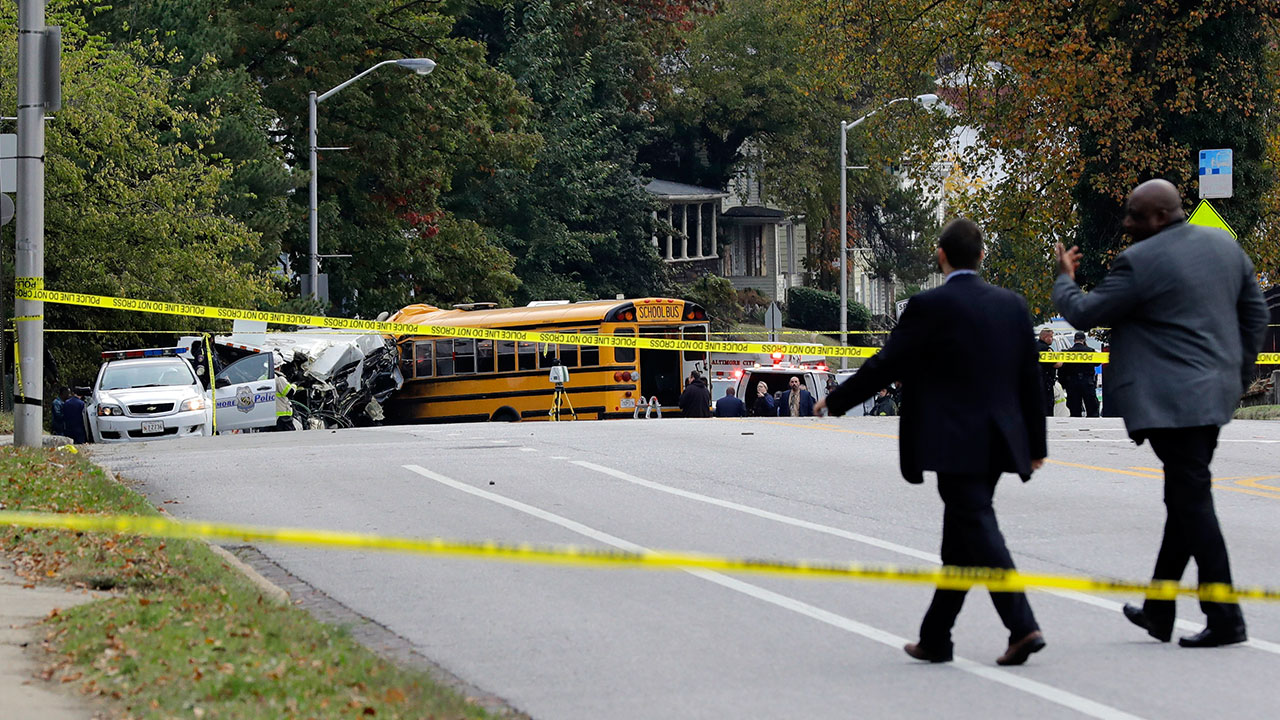 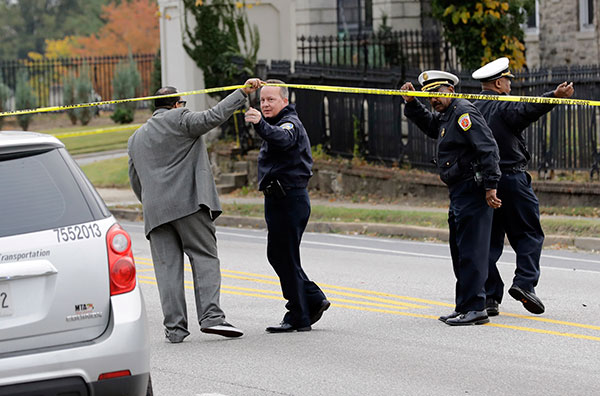 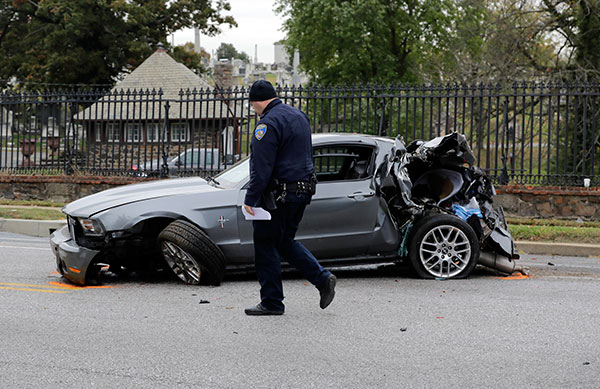 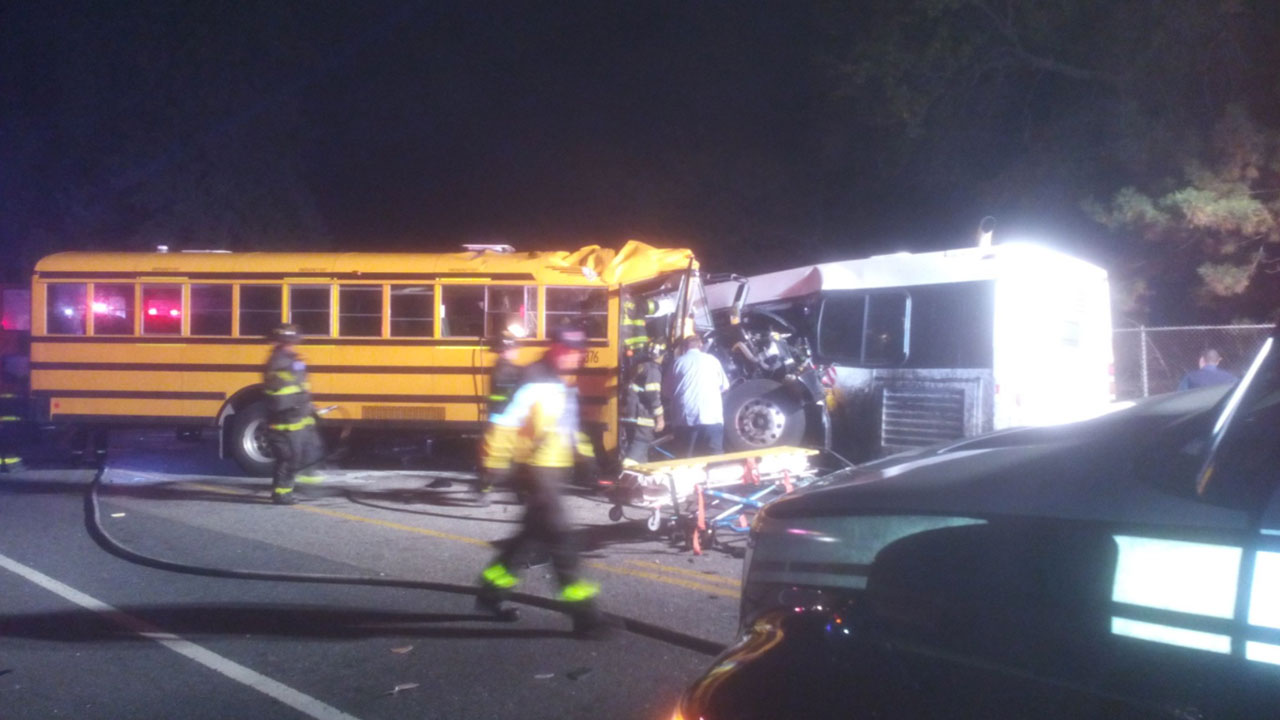 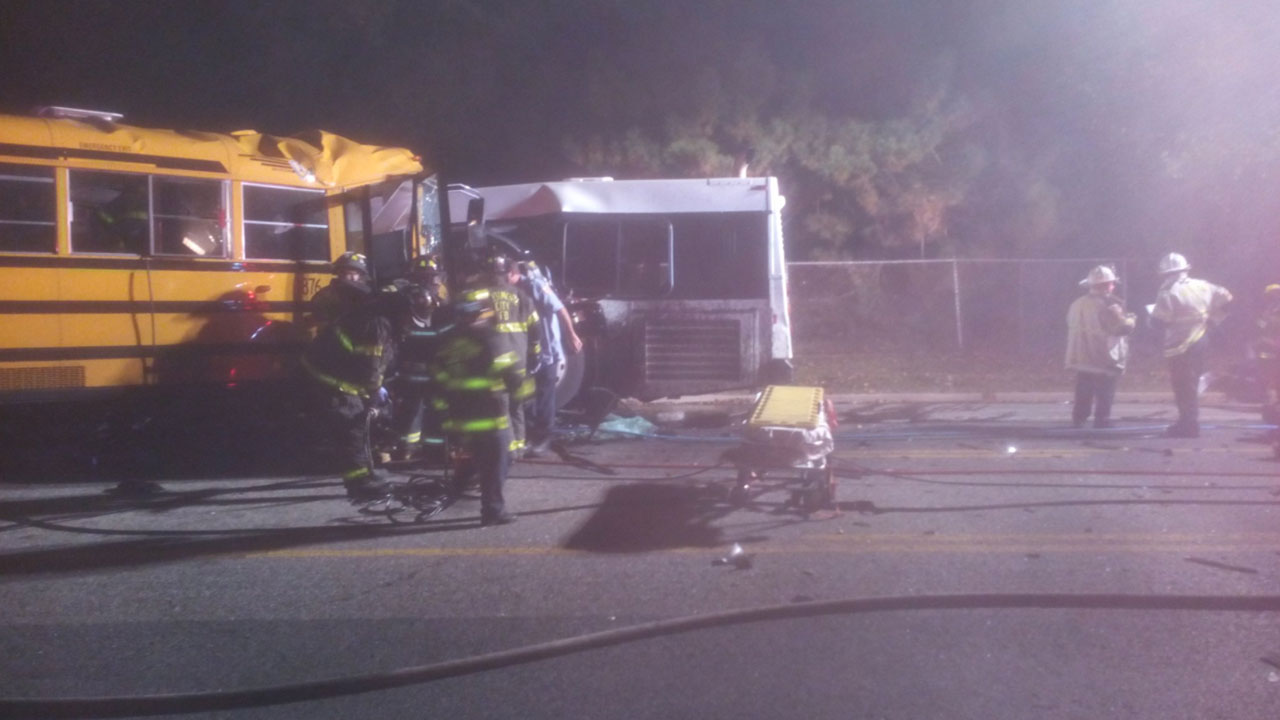 Officials approach the scene of an early morning fatal collision between a school bus and a commuter bus in Baltimore, Tuesday, Nov. 1, 2016.
Patrick Semansky/AP Photo

Investigators are focusing on speed as they delve into the crash.

In a recorded 911 call, a man who gave his name as Cameron said, "The school bus was going 90. The school bus tore off the street and kept on moving."

Smith said police plan to interview the only passenger on the school bus, an aide who had minor injuries.

He said it could be weeks before investigators get an autopsy report that could reveal whether Chappell suffered a medical emergency.

Investigators have recovered recording equipment from the MTA bus but don't know if it's in usable condition.

Chappell was found at fault in three traffic-related cases in the last eight years, according to court records and an attorney interviewed by The Associated Press.

He lost a civil case over hitting a parked car in Baltimore in 2008. Nationwide Insurance said in its complaint that Chappell was distracted and speeding when his vehicle "veered from the roadway" and struck the car. The court ordered Chappell to pay about $2,400, which he did, according to Nationwide's lawyer, Michael David Johnson.

Chappell was convicted in 2014 of failing to show a registration card during a traffic stop, and convicted again last November of driving a vehicle with suspended registration. Neither offense involved a school bus.

The records also show that Chappell was convicted of violating three protective orders issued in 2012. He spent much of the fall of 2012 in jail, awaiting judgment in those cases. In December 2012, he was sentenced to seven days for second-degree assault.

Police released the names of five of the deceased, including Chappell and MTA bus driver Ebonee Baker, 33, of Rosedale. Smith said three of the 10 people injured remained hospitalized, in fair, serious and critical condition.

Baker's mother, Helen Morgan, said her daughter was an outgoing, married mother of four who was living her dream: A family, a house with a pool and job driving a bus.

She said Baker also was a Baltimore Ravens fan, an Overlea High School track coach and a skier.

"She helped so many kids because she was the coach of the track team that God needed someone in heaven to do better, so he took Ebonee so she could do better up there," Morgan said.