He is believed to have robbed the Fifth Third Bank in the 2500-block of West Cermak at about 2 p.m Monday, FBI officials said.

Previously, he allegedly robbed a Bank of America branch in Lakeview, which officials said is only 100 yards from another bank they believe he hit a week earlier.

The man earned the nickname after he wore a gauze bandage on his face during two of the holdups.

The FBI is offering a $10,000 reward for information leading to his arrest.

Here is a list of other banks this man is suspected of robbing: 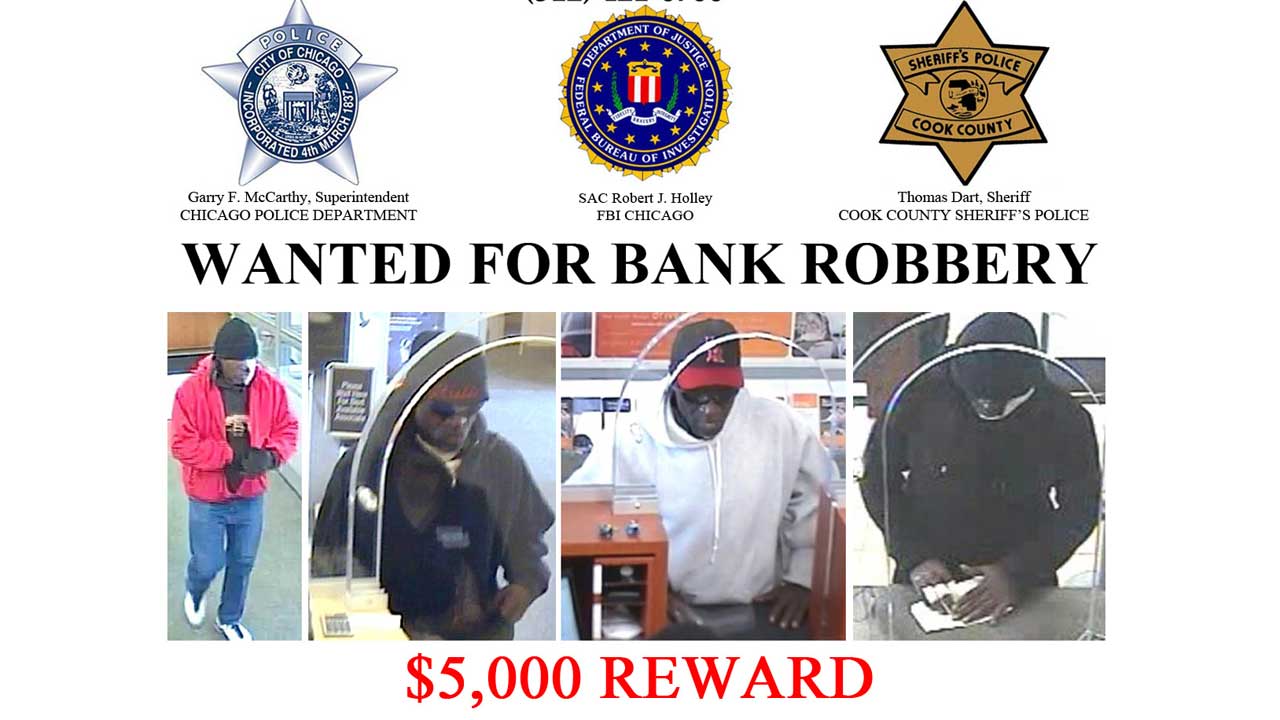