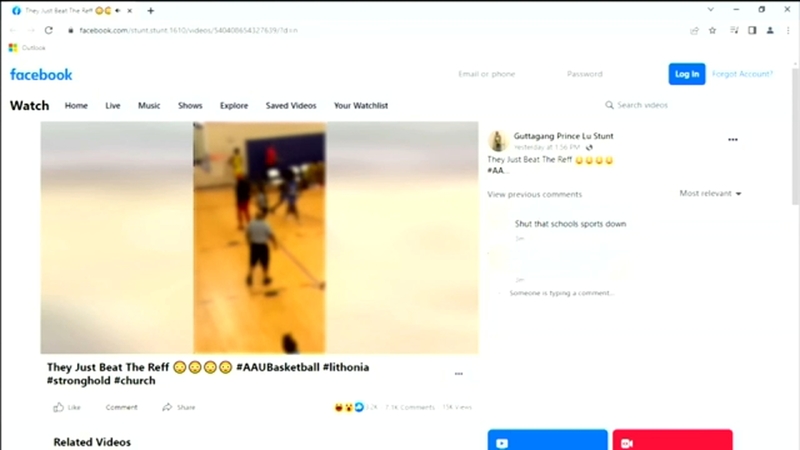 LITHONIA, Ga. -- Police are investigating after a basketball referee was attacked by a group of young basketball players over the weekend inside a Georgia church athletic facility.

Video of the incident that has since gone viral shows children and adults punching and kicking the ref, WSB reported.

The fight broke out during a game on Sunday afternoon at the Stronghold Christian Church in Lithonia, Georgia. The referee suffered serious injuries and was rushed to the hospital.

The church's pastor has since released a statement, saying, in part:

"It is truly unfortunate about the turn of events that took place during the basketball game held at our facility this weekend. While we cannot control people, it is our hope and prayer that those who enter our facility will conduct themselves in the best manner."

Parris Cherry, a former professional basketball player who is now the youth basketball development coach, said he was horrified by what he saw.

"The referee appears outnumbered from the very start," Cherry said. "I was appalled. It was a very scary video. To see the adults instigate and then the kids follow up to the point where it was the kids who chased down the referee at the end of the video, it's just disgusting. And it seems like there wasn't any adult trying to break it up."

An AAU representative on Monday said it was not a sanctioned AAU game and that the organization had nothing to do with the game or the violence that broke out on the court.