Gunman on the run after robbing Bellagio casino 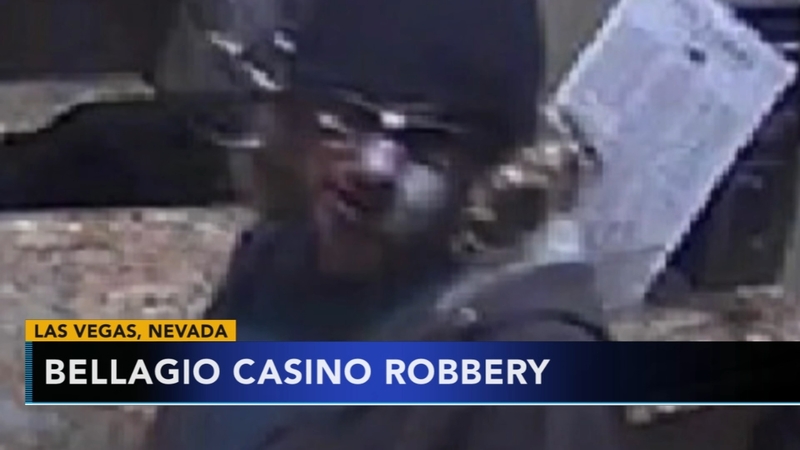 LAS VEGAS -- Las Vegas Metropolitan Police said they are searching for a suspect who robbed the poker room cash cage at the Bellagio Hotel and Casino Tuesday afternoon.

Las Vegas police Capt. John Pelletier said the male suspect entered the Bellagio armed with a small black handgun and demanded money. The employees complied with the suspect's demands, and he escaped with an "unknown amount of money."

The suspect was wearing a blonde wig, glasses and had his face partially masked, police said.

Las Vegas Metropolitan Police said they are searching for a suspect who robbed the poker room cash cage at the Bellagio Hotel and Casino Tuesday afternoon.

"No one was injured and the suspect fled the premises," the Bellagio said in a statement. "We are working with Metro as they investigate this incident."

The suspect fled in a Silver 2011 Chevrolet Cruze with Nevada plates, which has since been recovered by the police.

Police believe the suspect acted alone, but did not rule out that another individual might be involved.

Actor James Woods was at the Bellagio when the robbery occurred and commended the Bellagio's staff for handling the situation, saying they "surrendered the money quietly, so no customers would get hurt. Nobody even realized it was happening. Excellent staff, cool under pressure."

Las Vegas Police released security camera images of the suspect late Tuesday evening and said that they had received many tips related to their search.

"We're very comfortable and confident that we will go ahead and apprehend this individual," Pelletier said.

The incident was the second robbery to make headlines at the Bellagio this year. In March, masked robbers carried out a smash-and-grab robbery at a high-end jewelry and watch store in the hotel and casino. One person was arrested soon after the suspects, wearing character masks, smashed jewelry display cases with sledgehammers, police said.