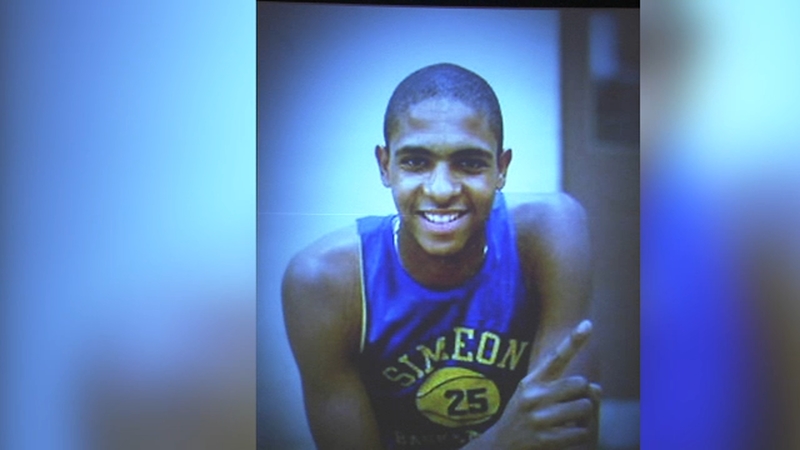 CHICAGO (WLS) -- The two brothers of slain Simeon High School basketball star Ben Wilson have carried anger towards the gunman that killed the 17-year-old for years.

But they've turned to forgiveness, in part because of a new documentary on their brother's death.

It was a murder that stunned Chicago. The best high school basketball player in the country was shot dead during his lunch hour more than 35 years ago.

"To me, he was our hero before we had Michael Jordan," said rapper and activist Common.

To Anthony and Jeff Wilson, Ben was just their hard-working brother.

"The moment I received the alert that he was no longer with us is a pain that goes with you for a lifetime, and stays with you until this day," Anthony Wilson said.

The rage and anger toward the 16-year-old who killed Ben stayed with the Wilson brothers until their mother asked them to forgive Billy Moore while on her death bed.

The Wilsons agreed to meet Moore, who has been released from prison, for the making of a documentary called "Both Sides of the Gun."

Portions of it were shown to over 300 Chicago Public School students on Thursday.

"The right thing to do is meet with this man, get the closure that I needed to heal myself and it was one of the best moments in my life," Anthony Wilson said.

Moore said he didn't have the emotional tools to end the argument peacefully. He said he's grateful to the Wilsons for giving him the gift of forgiveness.

"I still live with the loss of Benji everyday. I know that when I die and I have to stand in front of my maker, I have to account for that," Moore said.

Jeff Wilson carried with him one of the bullets that killed his brother for years. In the documentary, his moment of forgiveness comes when Wilson places the bullet in front of Moore, then stands up to hug him.

Moore has also learned about being on both sides of the gun.