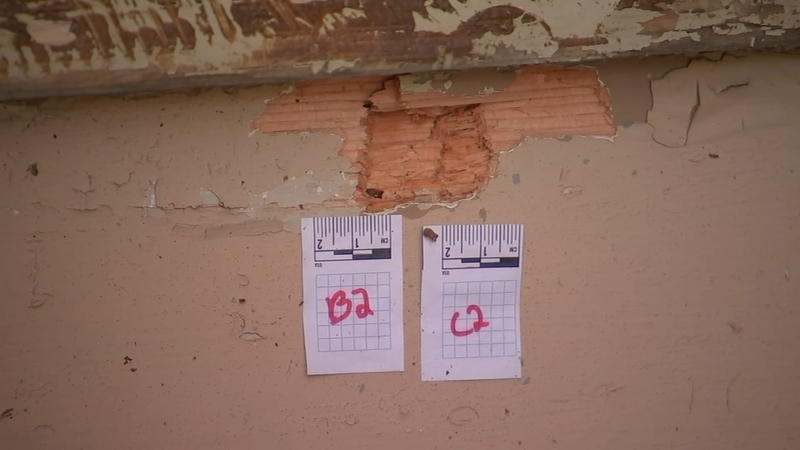 BENSENVILLE, Ill. (WLS) -- A Bensenville police officer was shot early Saturday morning while responding to a domestic disturbance call in the west suburbs.

The officer responded to the call just before 1 a.m. in the 100-block of South York Road, Bensenville Police Chief Dan Schulze said.

The officer's weapon was holstered at the time of the shooting, according to Bensenville police.

RELATED: Chicago police officer who fatally shot Gresham man had been suspended in past, documents show

The officer was taken to Loyola University Medical Center and remained in surgery later Saturday morning. His condition was not immediately released.

The suspect was taken into custody, police said.

No one else was injured, and there is no danger to the public.

Bensenville police and M.E.R.I.T. continue to investigate the incident.

People who live in the apartment complex have been in disbelief following a scary few hours overnight.

"That's the thing! This family is really - it's a really good family. I've seen them and they look like they get along pretty well together," said neighbor Yesenia Cruz. "They tell us it was an active shooter obviously inside the apartment and it was one of our neighbors. As I know, this family is a really good family. We've been knowing them since they moved in recently. It's a 13-year-old girl, a lady, and her son."

Cruz added that the situation left her wondering who her neighbors are.

"It does worry me and my family. Like, we don't know who's living next to us," Cruz said. "But like I said, who knows the situation they're going through?"