CHICAGO (WLS) -- President Joe Biden visited the Chicago area Thursday, landing at O'Hare in the early afternoon, visiting Elk Grove Village to talk about COVID vaccines and economic recovery, and then heading back to Washington D.C., to help shepherd his legislative agenda through congress.

The president visited a Clayco Construction site in Elk Grove Village that has imposed a vaccination requirement of its own.

He was greeted at O'Hare by local officials before touring the Clayco site in Elk Grove Village.

Last month, Biden said he would use his presidential powers to require two-thirds of American workers to be vaccinated against the coronavirus or test all employees weekly. That would impact 100 million workers. Companies with 100 employees or more are affected by the mandate. The details are still being worked out by OSHA.

"Today I'm calling on more employers to act," Biden said. "My message is: require your employees to get vaccinated, vaccinations are the way we're going to beat this pandemic finally."

President Biden praised Rush University Medical Center for requiring its employees get the shot, saying it raised the vaccination rate there from 72% to more than 95%.

The president argued the push for vaccine mandates is already making a difference, with nearly 30 million more people getting their shots after his first vaccine mandate for federal workers over the summer.

The White House said vaccination requirements have increased vaccination rates by 20 percentage points to over 90% in many organizations.

A White House report found that 185 million Americans are now vaccinated, up from 2 million when Biden took office at the end of January. The report said the vaccination campaign has saved more than 100,000 lives.

The White House said Biden chose Chicago, which is the home of United Airlines, one of the first major carriers to require shots for its 67,000 employees.

"Vaccination requirements are good for the economy," the president said. "Not only increasing vaccination rates, but to help send people back to work."

Mayor Lightfoot and Governor Pritzker have both issued vaccine mandates of their own.

"As we begin to see signs of improvement in our COVID-19 trajectory, every vaccinated American has a choice to make," Gov. Pritzker said. "We can prepare for more tragic, senseless loss of life for months to come or we can get vaccinated.

The Republican Party pushed back, saying it is not the federal government's job to mandate vaccination. The Republican National Committee is prepared to sue to block the president's vaccine requirement.

"I think if a private enterprise wants to make a decision for their company and their employees, they should be able to do so without the federal government coming in and mandating it," said Paris Dennard, RNC spokesman. "The question then becomes for every Chicago resident, what's next?"

The president acknowledged some push back on the mandate strongly, but said this isn't about politics; it's about life and death, and boosting the economy. He said it's patriotic, and the right thing to do.

Biden also pointed out that vaccine mandates, in one form or another, have been around for a long time and contends they currently have broad support.

This is the president's second trip to Illinois since the inauguration. He toured and gave a speech at McHenry County College in Crystal Lake in July, where he also pitched his infrastructure plan.

First Lady Jill Biden will travel to the Chicago area next Tuesday. A reason for the visit has not been announced.

A White House official said Biden canceled that trip to remain in Washington to focus on the infrastructure bill and larger economic package instead of traveling to Chicago. 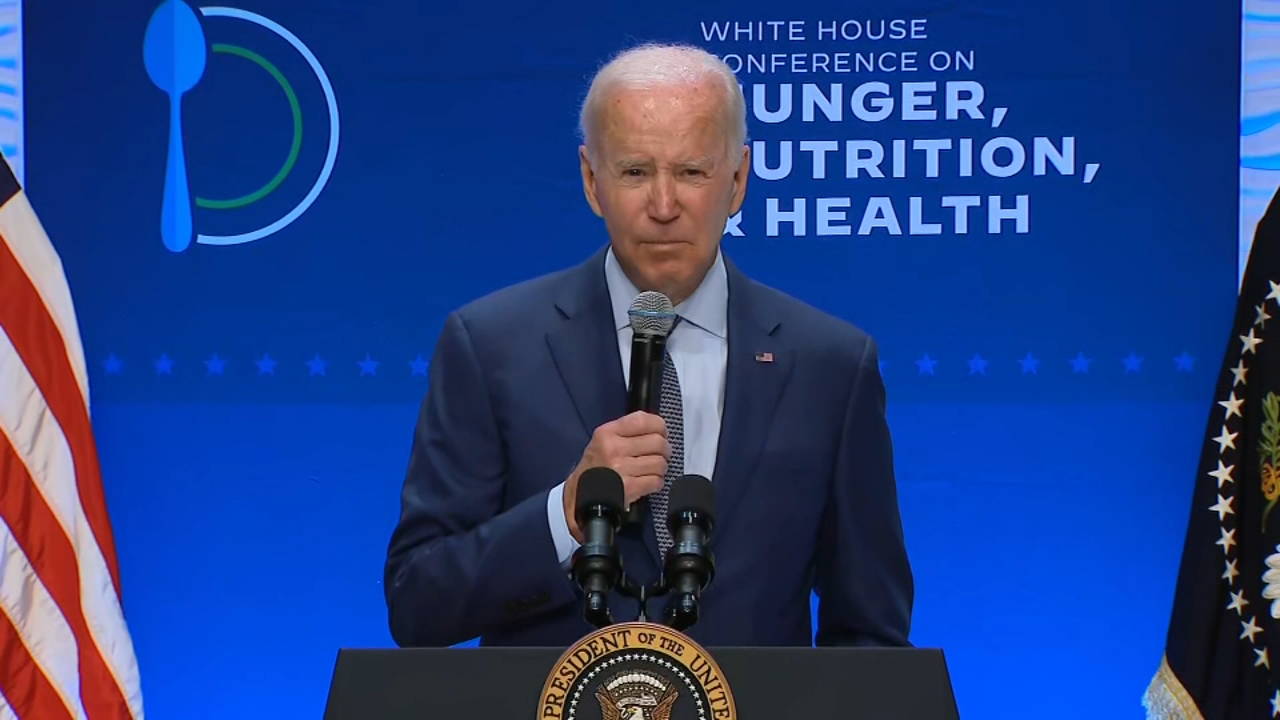