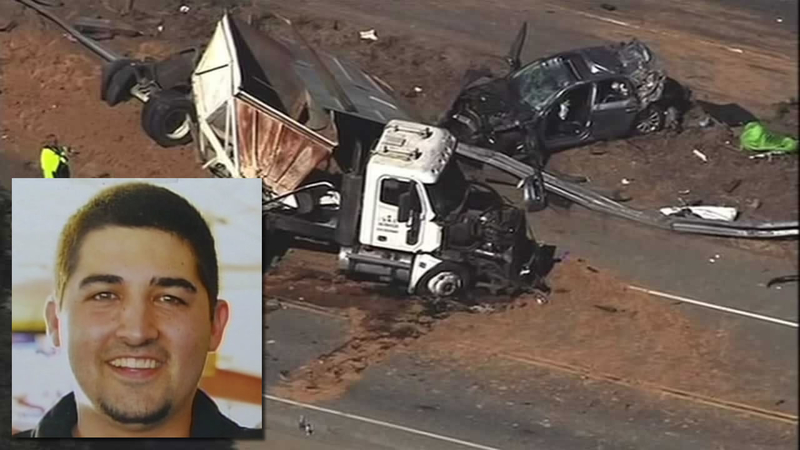 They urged a judge to avoid sentencing the driver to jail and instead required something else.

Outside the Santa Clara County Hall of Justice, family members of Daniel McGuire gathered to reflect but also to move forward.

"I like to remember his smile and his laugh, and those are the best memories I have of him. When I think of him, I just really hold onto those things," Daniel's sister, Rejeana McGuire, said.

Daniel lost his lift last July in a big rig accident on Highway 17 in the Santa Cruz Mountains.

Ravinderpal Singh was behind the wheel of that big rig and said that his brakes had failed as he drove down the hill, hitting cars and trucks before jack-knifing and smashing through a rail.

"I wish I was not on the road that day and someone had not lost life because of my actions," Singh said of the accident.

Singh, who had been facing up to a year in jail for a misdemeanor charge of vehicular manslaughter was instead sentenced to three years of probation and 400 hours of community service.

#NEW: Singh sentenced to 3 yrs. probation and 400 hrs. of community service. McGuire's parents did not want Singh to serve time in jail.

The McGuire family didn't want Singh to go to jail and made that clear to the prosecutor, asking the judge to require that Singh share his experience with others in the hope of preventing future tragedies.

"I could see that he was very apologetic and obviously feels terrible about the situation he was put in and the result," Daniel's father, Doug McGuire, said.

"This balances both the tragic loss as well as the fact that there was no malice or intent in this case," Santa Clara County Deputy District Attorney Alisa Esser-Kahn said.

Earlier this week, the McGuire family filed an amended lawsuit, seeking punitive damages against the trucking company that employed Singh, saying they failed to properly maintain the big rig.

"We have to think about everybody's loved ones. We got to make our roads safer, and these drivers need to be able to say no. The trucking industry needs to be held accountable," Daniel's mother, Gail-Jean McGuire, said.