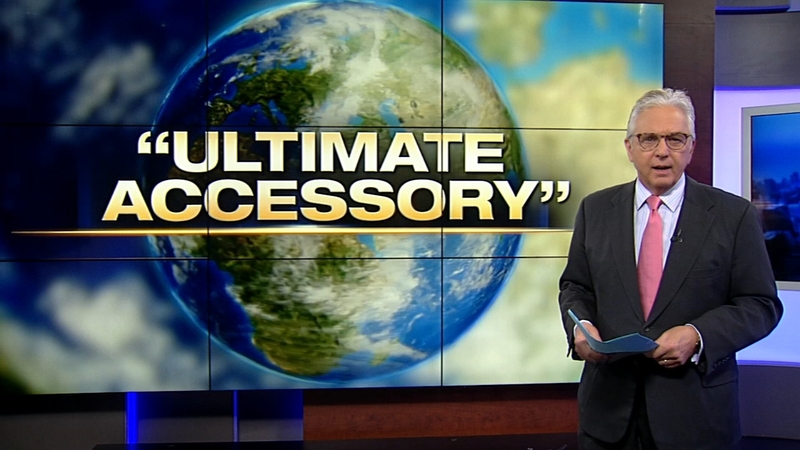 CHICAGO (WLS) -- Women are traveling thousands of miles from their home countries to have their babies in the United States so their newborns go home U.S. citizens. It's called birth tourism and experts say it is a growing trend here and across the country.

The 14th amendment of the U.S. Constitution essentially says you become a U.S. citizen if you are born on American soil.

Local OB-GYNs tell the I-Team they have patients who come here from other countries and pay out of pocket to deliver their babies in the United States.

A May 2019 federal government report shows the U.S. birth rate is at a 32-year-low. According to the Center for Immigration Studies, an organization known for favoring low immigration, there are tens of thousands of people who list a foreign address on their child's birth certificate.

The group estimates there are anywhere between 35,000 to hundreds of thousands of birth tourism births every year in the United States.

GROWING TREND: Tonight at 10 the I-Team investigates birth tourism. Why are foreign women coming to the U.S. to have their babies?

Foreign websites advertise packages costing up to $150,000 that include medical costs, high-end accommodations and help with paperwork to obtain U.S. passports for the newborns. These companies are touting U.S. citizenship will provide easier access to U.S. universities and how American born children can sponsor their parents' immigration to the United States once they turn 21-years-old.

Just before the mid-term elections, President Donald Trump said he wanted to issue an executive order ending birthright citizenship for children born in the U.S. to unauthorized immigrant parents, but made no mention of "birth tourism" babies.

"I think the lack of attention at least on a political level is intentional," said Sonia Canzater, an attorney with the O'Neill Institute at Georgetown University.

She is a U.S. citizen based on being born here to immigrant parents. Canzater told the I-Team she believes people are coming to America to "get citizenship for their children kind of more as accessories."

Federal raids in Southern California and a several year investigation led to a number of birth tourism business workers being charged in January with fraud for instructing women to lie on visa applications and hide their pregnancies from airport customs agents.

"It does feed into the larger organizations that are coaching these people to lie that are absolutely gaming the system that are really set up for illegal purposes," said ABC7 legal analyst Gil Soffer.

There is no data on how prevalent birth tourism is here. All of the major hospitals in metro Chicago either denied or ignored the I-Team's requests for interviews.